CCMR Prepares the 2-113th Infantry Battalion, 50th IBCT for their Force Protection Mission in the Horn of Africa - Institute for Security Governance

CCMR Prepares the 2-113th Infantry Battalion, 50th IBCT for their Force Protection Mission in the Horn of Africa

CCMR conducted a seminar for the Task Force Warriors (2-113th Infantry Battalion) of the 50th Infantry Brigade Combat Team from the 12th-13th January 2019 at the New Jersey Training Center, Sea Grit to prepare the battalion for their critical Security Force Assistance mission, to include working with military forces of partner nations and responding to crises within the Combined Joint Task Force Horn of Africa area of operation, a region that hosts the only U.S. military base, and the most number of UN peacekeeping missions.

The Center brought together leading academics, researchers and military experts working in the region to review the strategic importance of the Horn of Africa, US interests, the various armed and rebel groups operating in this space and the major clusters of conflicts that are the driving factors of militancy and violence in the region. They considered the impact of climate change, the flow of militants, money and refugees through ungoverned spaces and the ways that the Gulf crisis, the great power competition and basing of foreign militaries were further destabilizing the region. They attempted to establish the diplomatic, development and defense framework for US engagement in the region and reflected on the changing security dynamics with the opening of the Ethiopia-Eritrea border after 20 years of conflict.

Only three officers had deployed to the Horn of Africa before and this was the first introduction to the region for most of the participants. Several of the soldiers took the faculty to lunch to have more detailed discussions.

Dr. Ken Menkhaus, Chair and Professor of Political Science at Davidson College, who has worked in the Horn of Africa since the mid-1980s and served as a special political advisor in the UN Operation in Somalia, had a chance to review the longer term stabilization strategies and reforms necessary to recreate a base level of political legitimacy, security and economic sustainability in the region.

Jessie Evans, one of the Regional Program Leads for Africa at the Center, who previously served as a security sector reform advisor to the US Mission to Somalia, has extensive experience in this region and was able to add comments through the two days to contextualize and point relevancy of the information that academic faculty were presenting. She has spent countless hours with Somali defense officials and anti-corruption activists in the region and was able to send the unit the integrated country strategy for Somalia, additional information about the Africa Military Education Program (AMEP) and background on the Djiboutian Air Force (Force Aerienne Djiboutienne, FAD), serving as a continuing resource for deploying units.

After the seminar, more than 98.5% of the participants indicated that the seminar was very useful and served as an excellent review of the region. 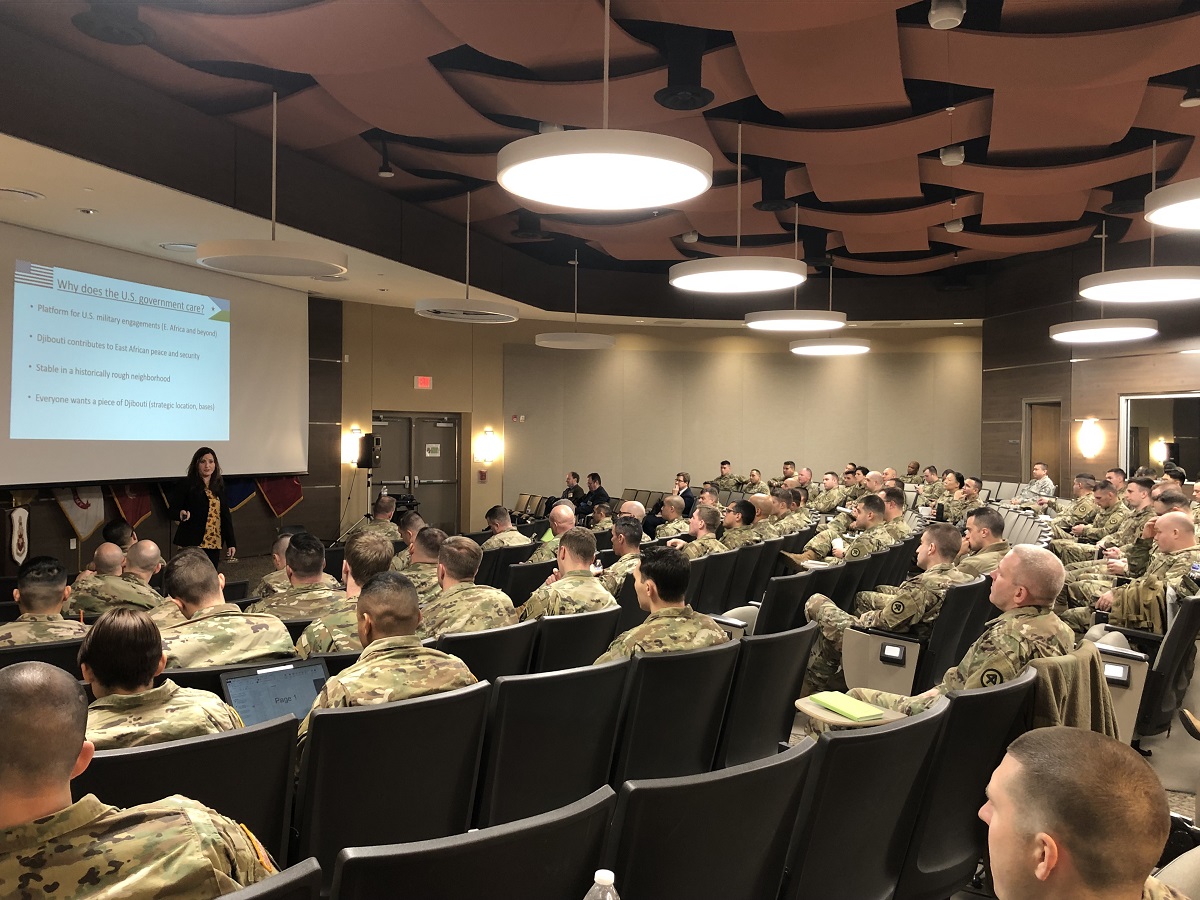 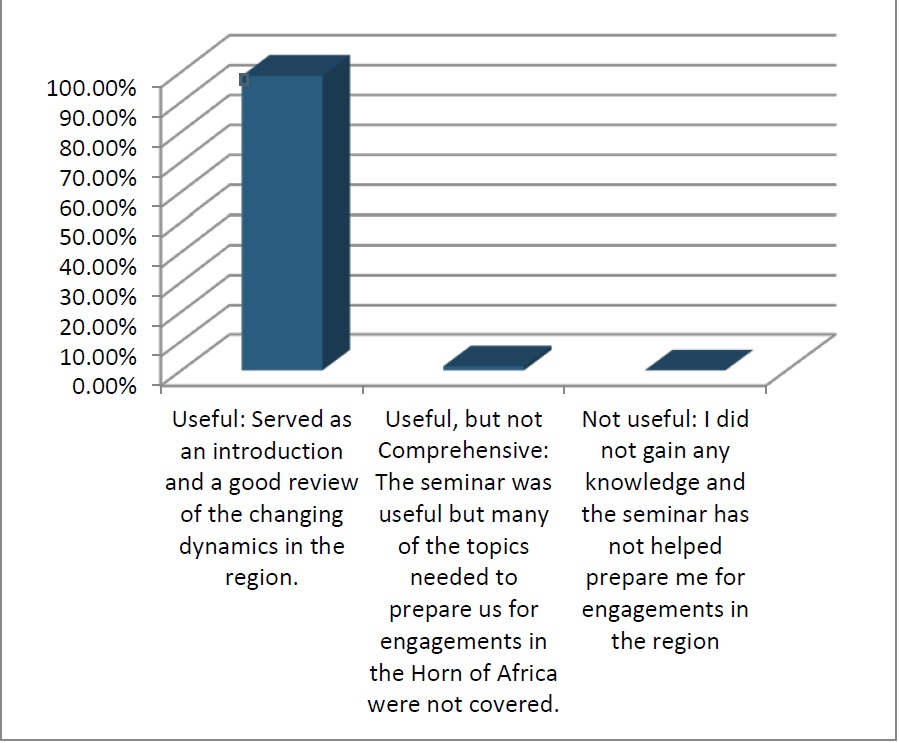