Arctic Eagle 2017 is an unclassified joint, interagency, and multinational Command Post Exercise based on the Arctic strategy of the United States Department of Defense, as well as state and federal emergency plans and contributions from key regional partners including Canada and the Kingdom of Denmark.

CCMR was selected to provide exercise design and management expertise due to its extensive experience organizing interagency exercises, according to Mr. Scott Moreland, Program Manager for the Security Cooperation Studies and Exercises Program. Despite this experience, Roy acknowledged that this exercise posed some unfamiliar challenges. “Both the complexity of the scenario and the unique Arctic operating environment required significant learning and research to create the right exercise conditions,” she noted.

The Arctic Eagle scenario was based on the uncontrolled re-entry and impact of a nuclear-fueled Radar Ocean Reconnaissance satellite (RORSAT) launched by a fictional country. In addition, the scenario unveiled notional threats to the Trans-Alaska Pipeline System (TAPS), which called for close co-operation between joint military, Coast Guard, and interagency partners to exercise effective identification and application of timely and effective responses.

Following scenario-generated fictional alert, exercise participants occupied their ‘real-world’ workstations in the military’s Joint Operations Center or the State Emergency Operations Center, according to their roles. CCMR senior lecturer Bob Tomasovic highlighted the realistic training environment. “The exercise setting could not have been better. Federal and state defense forces and state emergency managers share essentially the same space, with operations centers not only in the same building, but in the same hallway. This allows for much more rapid and effective coordination, because many problems are ironed out face-to-face between individuals that have worked together for years.”

The synergy between CCMR and Joint Forces Headquarters Alaska is representative of the Center’s larger mission, which emphasizes capacity building through individual and institutional partnerships. 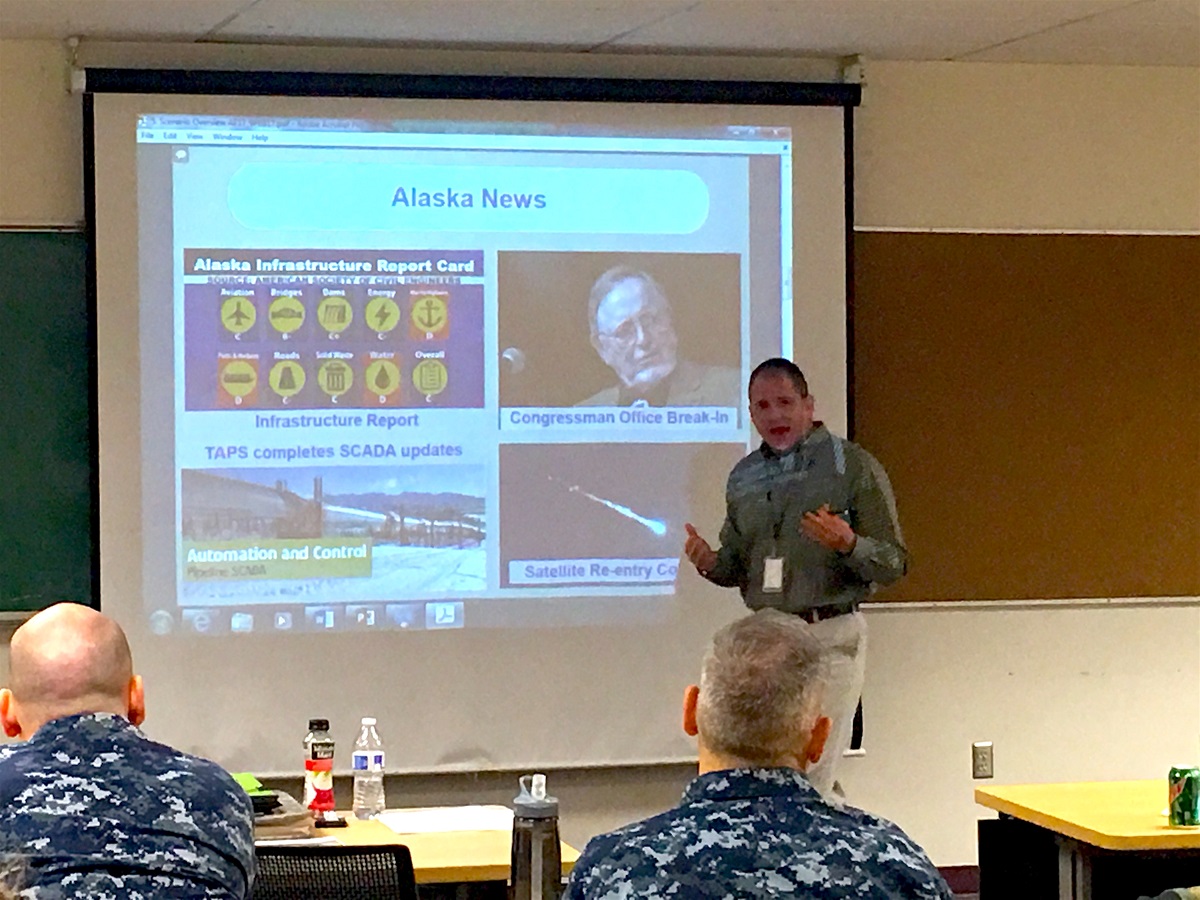 Moreland sets the stage with an exercise scenario overview. 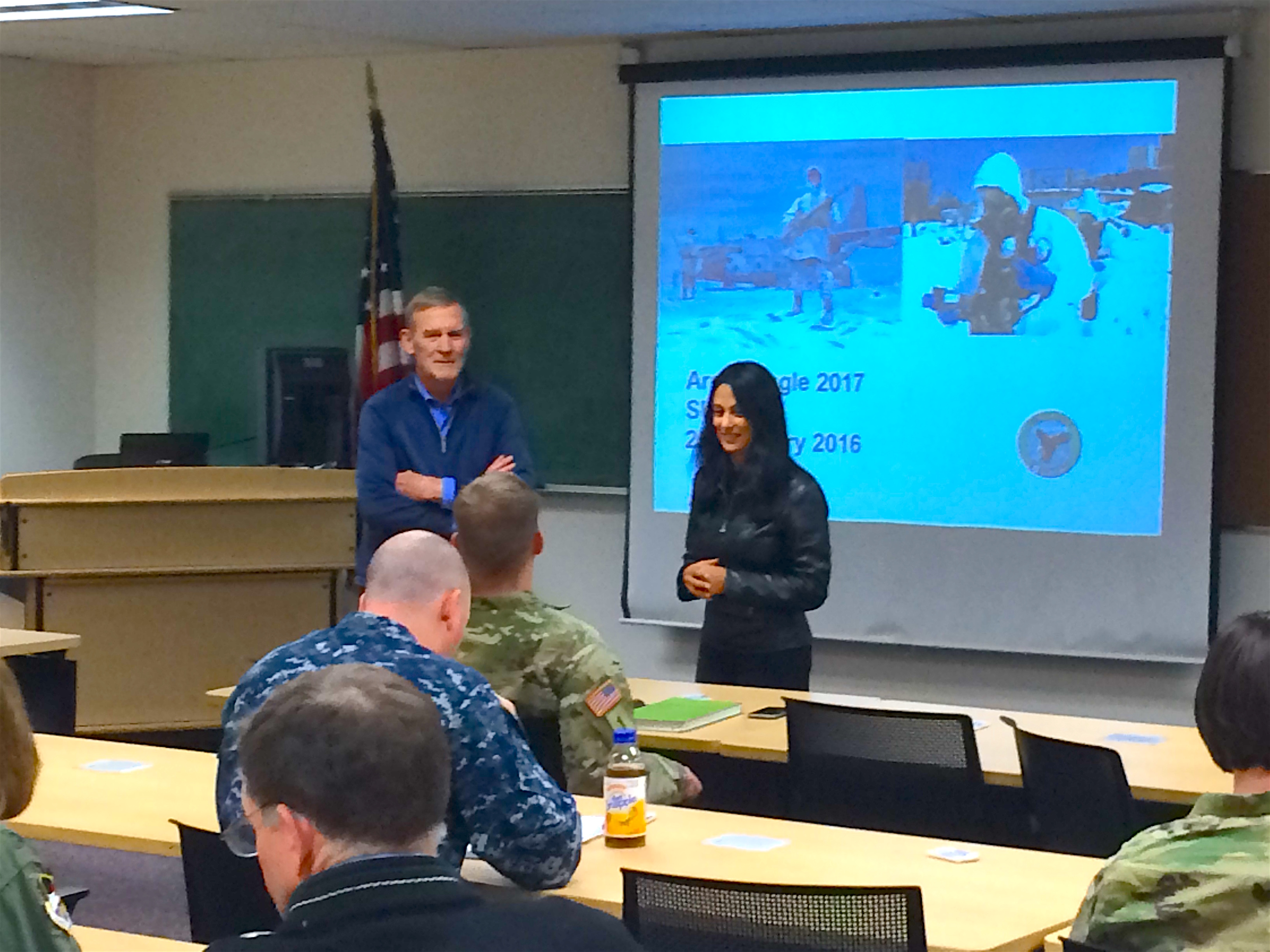 Tomasovic and Roy solicit feedback from the training audience during the exercise after-action review.
Previous Next