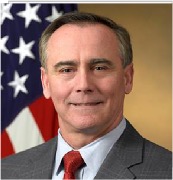 Prior to entering the MoDA program, Mr. Rizzo served as a Program Manager within Headquarters, Department of the Army, G-3/5/7 managing all activities Army Senior Leader Education programs. He worked at Bank of America as a senior vice president in the Quality and Productivity Division coordinating change initiatives within the Commercial Bank. For over 20 years, Mr. Rizzo served as an Infantry Officer in the US Army as a Battalion Commander, Installation Operations Officer, Contingency/Crisis Action Planner in Europe, Chief of Plans in 82d Airborne Division and led an Infantry Company during Operation Just Cause in Panama.

Mr. Rizzo earned a B.S. from the United States Military Academy, a M.S. from Indiana University, a Master’s in Military Art and Science from the School of Advanced Military Studies (SAMS) at the Command and General Staff College, Ft Leavenworth, KS. He earned a Leadership Coaching for Organizational Well-Being certificate from George Mason University and is a member of the Army Civilian Leadership Coaching Program.