U.S. Defense Governance and Management Team (DGMT) experts from the Center for Civil-Military Relations (CCMR) facilitated an interagency workshop in Baghdad, Iraq on Wednesday, March 20. The workshop brought together Iraq’s Ministry of Defense and Ministry of Planning, supported by and in collaboration with the Office of Security Cooperation-Iraq (OSC-I). With the intent to enhance the working relationship between the two ministries, the workshop's ultimate aim was to improve processes that support requirements and budget development as well as contracting.

Lieutenant General Abdul-Razzaq Kadhim, Deputy General Secretary in the Ministry of Defense, and Mr. Qassim Enaia, Acting Minister of Planning, served as the Iraqi leaders for the workshop. Dr. Paul Mayberry, one of three strategy and policy experts who have been conducting project work with Iraq MoD counterparts since early 2017, served as workshop panel moderator.

With over sixty personnel participating, turnout far exceeded expectations, evidence that CCMR had successfully identified and tapped into an Iraqi appetite for interagency reform. Multinational organization participants included the civilian Deputy of newly created NATO Mission-Iraq (NM-I), Ambassador Jeannette Seppen, and members of her staff, along with representatives from the European Union Advisory Mission (EUAM) to Iraq. The EUAM conducts similar reform work with Iraq’s Ministry of Interior, and likewise seeks to boost interagency cooperation in the Iraqi government.

The workshop succeeded in generating a number of proposals for improving interagency cooperation in budget development, particularly as it relates to better defining requirements and identifying and managing strategic risks in a resource-constrained environment. CCMR’s DGMT Iraq team visits Baghdad nearly every month, and will work with their Iraqi counterparts during their next visits to create an implementation plan to address interagency challenges revealed, and advance reform opportunities discovered during the workshop. 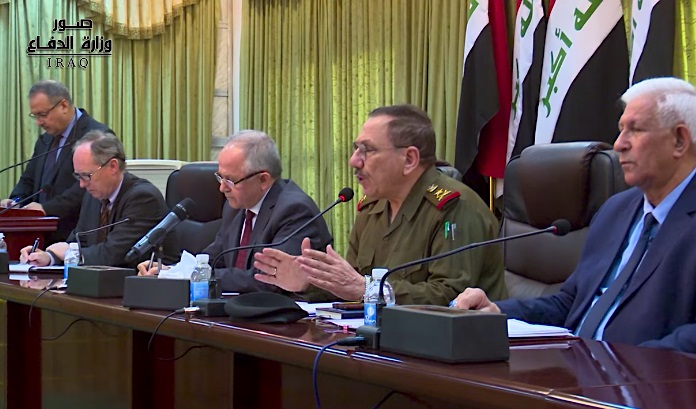