On November 29, 2018, Admiral Ihor Voronchenko, Commander of the Naval Forces of Ukraine, publicly unveiled his Strategy for Development of the Navy to 2035 during the International Maritime Security Conference held in Kyiv, Ukraine. This marked the successful culmination of sustained CCMR/DGMT support to the Ukrainian Navy Staff’s year-long effort to prepare its first-ever strategy. The Russian attack on Ukrainian Navy gunboats in the Sea of Azov on November 25 resulted in significant international and media attention on the Ukrainian Navy, generating substantial support for the strategy across the government, public, and media sectors.

The Navy Strategy Development project was conducted in response to a May 2017 formal request from Admiral Voronchenko for CCMR/DGMT support in the creation of a strategy to guide development of the Ukrainian Naval Forces in a manner which would effectively counter growing Russian presence and power in the Black Sea region through increased organizational and financial support from the Ministry of Defense, General Staff, and Ukrainian government. Admiral Voronchenko noted that the Strategy concentrates on building up real naval capabilities to adequately respond to maritime threats created by its more powerful maritime enemy. He also noted that the strategy crystallizes the Ukrainian government’s long-term vision of making the Ukrainian Navy interoperable with the North Atlantic Treaty Organization (NATO).

This project is groundbreaking in that it resulted in the first-ever Service strategy produced by the Ukrainian Armed Forces. During the year-long effort, key officers of the Navy Staff developed a series of key documents to lay the foundation for the future of the Navy. The rigorous development process was consequential in its own right, as it required sustained commitment, ownership, and intellectual growth from the partner, resulting in a cadre of strategic thinkers within the Navy Staff capable of repeating this process in the future. During this process, key officers of the Navy Staff learned how to think and write at a strategic level by developing a series of key documents designed to lay the foundation for the future of the Navy. This series of workshops led to the preparation, publication, and use of a Mission Statement, Vision Statement, Values presentation, Strategic Environment analysis, a Strategic Appraisal, a Strategic Construct, and a set of Capability Priorities. As part of the preparation of the Navy strategy, CCMR/DGMT organized and executed a Strategic Appraisal Seminar in April 2018 in Odesa, Ukraine. Navy officers, academics, and outside analysts were asked to develop and present papers on various topics that related to the prospective Navy strategy. These papers were presented and discussed at the seminar, and the results laid the foundation for the development of key points that were included in the strategy. CCMR/DGMT coordinated with the Swedish Defense Attaché for financial support from the Swedish Armed Forces to have these papers published. Dr. Hanna Shelest, Editor in Chief of UA: Ukraine Analytica, the first Ukrainian academic and analytical journal in English on International Relations, Politics and Economics, edited the volume. The Strategic Appraisal was published in book form in November 2018 and released at the International Maritime Security Conference to great interest.

The release of the strategy has significant implications at both the national and international levels. First, it empowers the Navy to advocate and articulate its interests and influence the defense budget vis-à-vis the other services. As well, it positions the Navy as a leader by setting a compelling precedent for its counterparts. More broadly, it provides a strategic communication platform for both domestic and foreign audiences. Second, the strategy development methodology developed by CCMR/DGMT has proved to be a successful model that can be adopted by the Ukrainian Armed Forces. In October 2018, General-Colonel Serhii Drozdov, Commander of Ukrainian Air Forces, requested CCMR/DGMT to conduct a similar strategy development project for the Ukrainian Air Force. Third, the strategy project ties into other U.S. security cooperation efforts, such as the U.S. European Command effort to develop a Ukrainian Maritime Domain Awareness capability in the Black Sea and Sea of Azov. The importance of the Strategy was underscored by U.S. Ambassador to Ukraine Marie Yovanovitch, who said that “Ukraine’s naval strategy is a major accomplishment. It is more than just a document: it represents a decision and a commitment to protect Ukraine’s sovereignty and territorial integrity.” 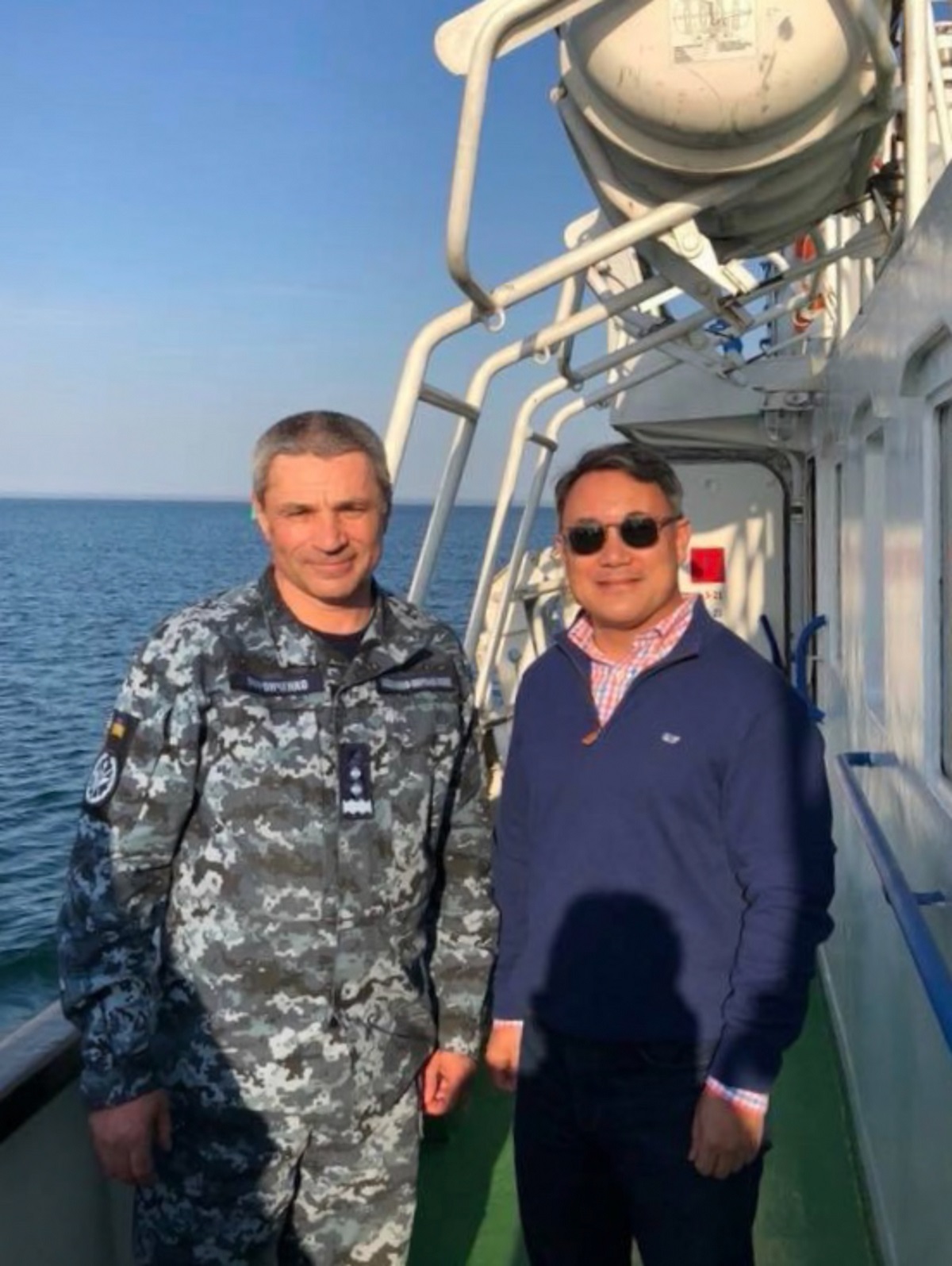 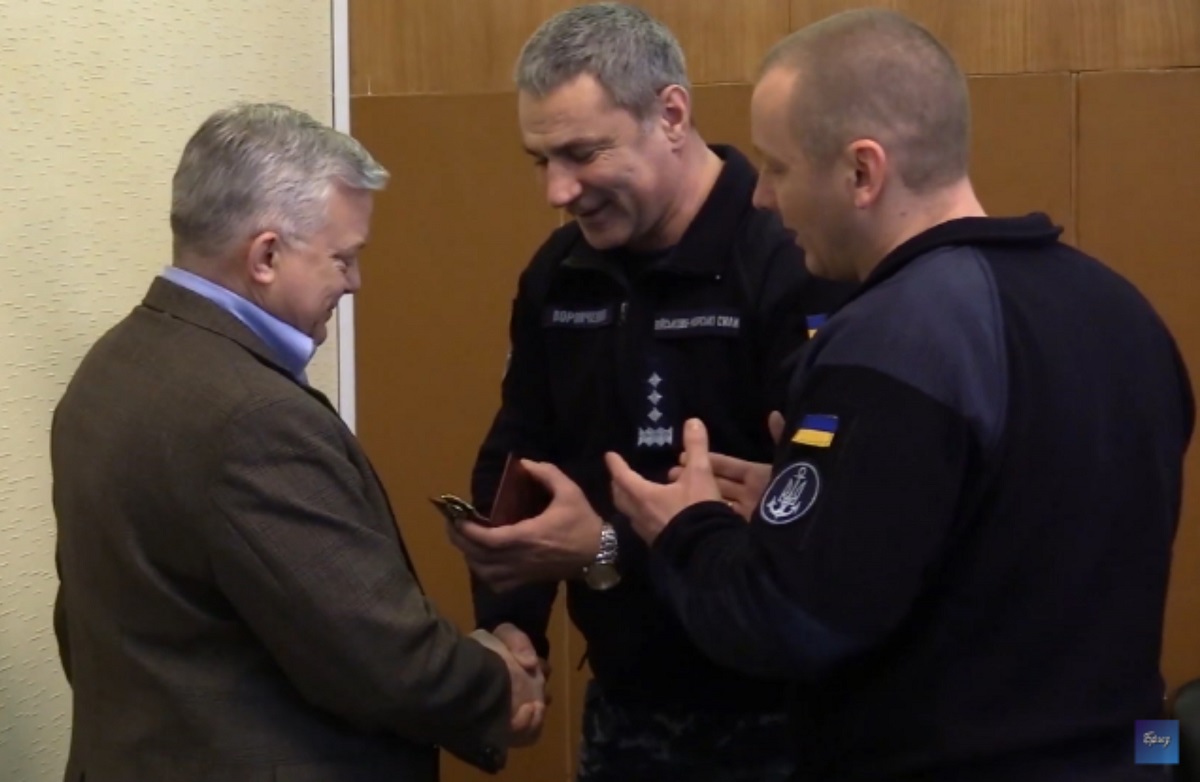