ISG Engages India: Yudh Abhyas 2020 Gets Off to Late, but Successful, Start - Institute for Security Governance

ISG Engages India: Yudh Abhyas 2020 Gets Off to Late, but Successful, Start

The 1st Stryker Brigade 2nd Division deployed 285 US personnel, providing the staff to form a combined brigade-level headquarters with counterparts from the Indian Army and a US Battalion to conduct a combined Field Training Exercise with their Indian counterparts. “The mere fact that the 16th iteration of the bilateral exercise between the armies of India and the US, known as Yudh Abhyas, occurred at all was in and of itself a success,” according to Tomasovic.

The ISG Team, comprised of Tomasovic and three subject matter experts, developed and executed the Command Post Exercise (CPX). The exercise proved itself once again to be the cornerstone of the army-to-army engagement between the two countries. The CPX built on the mutual strategic objective to strengthen the alliance between the US and India, a major defense partner, to maintain the balance of power in the region, and provide a framework for information exchange on a range of operational and doctrinal topics during the event and on the sidelines of the exercises. This exercise reinforced key themes and priorities identified in strategic-level talks between both countries.

Yudh Abhyas 2021, this October, will be the Indian Army's first deployment to Alaska (Fort Richardson). The ISG Team will begin supporting the event with an Initial Planning Conference in May. Our strategic goals remain enhancing the level of defense cooperation among both armies, enabling security cooperation efforts, fostering bilateral relations among both nations, and reiterating India’s critical role as a key partner in the Indo-Pacific. 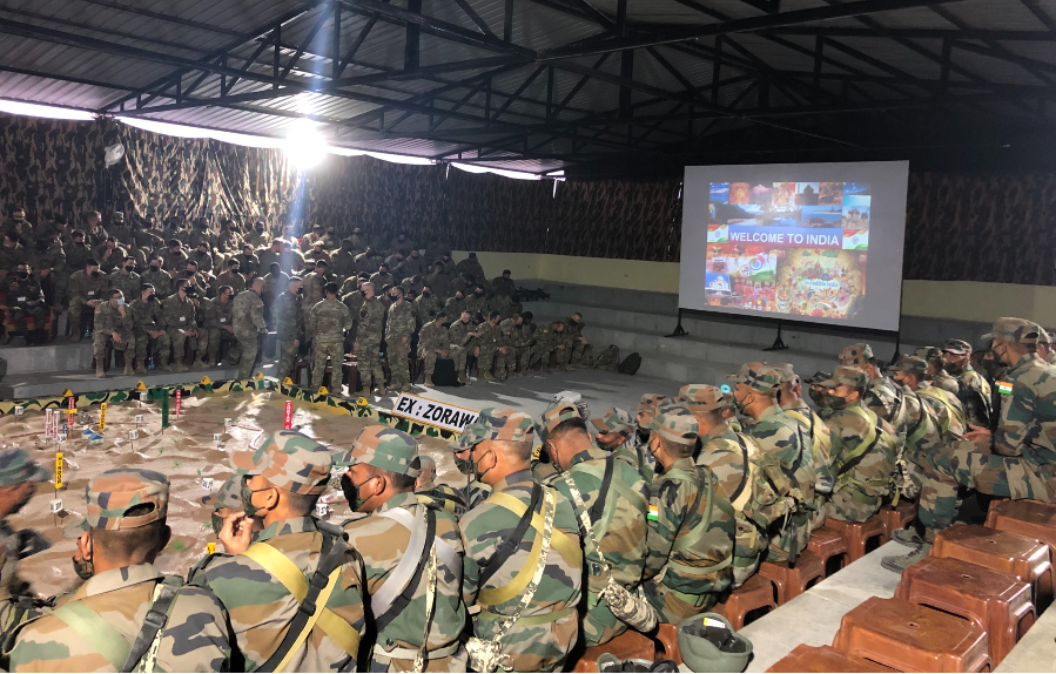 Yudh Abhyas 2020 (India) Opening with US and Indian Soldiers