The Institute for Security Governance (ISG) conducted the virtual workshop in support of the partnership between the Nebraska National Guard (NENG) and the Republic of Rwanda from 14-15 January 2021. The workshop aimed to enhance the understanding of the historical and socio-political context of Rwanda, better understand US objectives and missions with the partner, and establish a beginning framework for working with the Rwanda Defence Forces, setting the stage for a review and discussion of potential areas of cooperation between state and country.

ISG and the Nebraska National Guard brought together a diverse group of subject matter experts from academia, Peacekeeping & Stability Operations Institute - US Army War College, and the University of Nebraska to dialogue with participants.

The Honorable Mike Foley, Lieutenant Governor of Nebraska; AMB Peter Vrooman, U.S. Ambassador, Republic of Rwanda; the Honorable Albert Murasira, Minister of Defence, Republic of Rwanda; General Kazura, Chief of Defence Staff, Rwanda Major General; Daryl L. Bohac, Adjutant General, NENG; and Mr. Jer D. Get, AFRICOM J5 Deputy Director for Security Cooperation, provided opening remarks to underscore the importance of the partnership between the state of Nebraska and the Republic of Rwanda and highlight the continued importance of working together to address common challenges, such as the pandemic.

The Rwandan Defence Forces and the Nebraska National Guard continued discussions on key areas of engagement through the 14th and 15th of January to include opportunities for increased cooperation in Humanitarian and Disaster Response Management & Containment of Infectious Diseases, Peacekeeping Support, Engineering and Logistics, Field Medical Support and NCO Corps Development.

The Nebraska National Guard and the Republic of Rwanda signed a state partnership agreement in December 2019. The Nebraska National Guard partnership with the Rwanda Defence Force will focus on sharing expertise in emergency and disaster response, as well as strengthening cooperation in peacekeeping operations and readiness. Rwanda has contributed more troops each year to UN peacekeeping missions than all but a few much larger countries.

The Institute for Security Governance has been conducting orientations for newly established state partnerships each year since 2004, under the direction of the Defense Security Cooperation Agency and the National Guard Bureau.

To find out more about the ISG state partnership educational program, please contact us at isginfo@nps.edu. 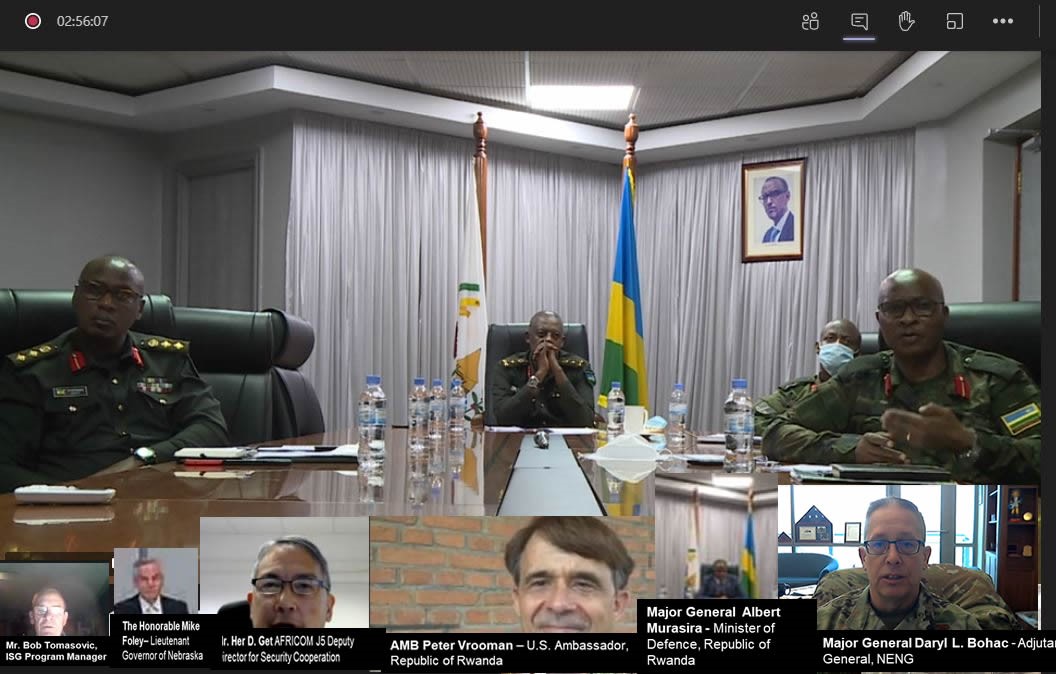