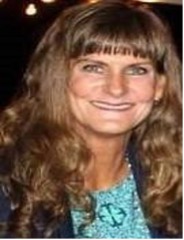 Kelly is retired 31-year veteran of the US Army Reserves. During her Army Reserve career, Kelly served as a Soldier in both the Chemical Corps and Logistics Corps and deployed multiple times into the EUCOM and CENTCOM theaters. During the last two years of Kelly’s career, she was mobilized to serve as the Army Materiel Command (AMC) Responsible Reset Task Force (R2TF) Commander (Forward) in Kuwait, and then as FORSCOM’s representative to the National Commission on the Future of the Army (NCFA) in Washington, D.C

Kelly earned an undergraduate degree in Business and Foreign Language study (French, Spanish, German) from the University of Missouri-Columbia and a Master’s degree in International Relations and Strategic Studies from Boston University.