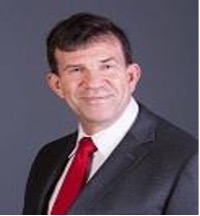 Mr. Kevin D. Saderup currently serves as the Senior Resident Advisor to the Ministry of Defense of Colombia.

Mr. Saderup started with DSCA in May 2011 within the Directorate of Business Operations as a Supervisor and later Deputy Team Lead for the Integrated Regional Team supporting Central Command. As Resident Advisor Mr. Saderup provides strategic and policy advice on institutional transformation and capacity development to senior and executive civilian and military leadership within the Colombian Ministry of Defense, in service to an expanding regional and global partnership between the Ministry of Defense and the Department of Defense.

Mr. Saderup has 12 years of federal civilian service and over 30 years of uniformed service with the U. S. Army. Besides DSCA, he served, in a civilian capacity, as a Senior Operations Officer with the Military Mission in Colombia. His uniformed service includes leading security cooperation and building partner capabilities in Ecuador and Colombia, staff assignments with U. S. Southern Command and the Joint Staff, as well as additional foreign area officer operational assignments in Venezuela, Panama, and El Salvador. Mr. Saderup commissioned in the U. S. Army as a second lieutenant of armor with leadership and staff assignments at the platoon, company, battalion, and brigade level in Texas, Germany, and South Korea.

In September 2009, Mr. Saderup joined the Federal Civil Service serving as the Senior Operations Officer supporting the Senior Defense Official, U. S. Embassy Bogota, Colombia. He joined the Defense Security Cooperation Agency in May 2011 as a Supervisor in the Directorate of Business Operations, with financial management responsibilities for the countries of Africa, the Middle East and Central Asia. In April 2015, he assumed the position of Deputy, Integrated Regional Team supporting US Central Command, managing national level issues affecting military sales and partner capacity in the nations of the Middle East and South Central Asia.

In July 2017, Mr. Saderup joined the William J. Perry Center for Hemispheric Defense Studies as a professor in practice specializing in defense institutional capacity building, with follow-on assignment as Minister of Defense Advisor (MoDA) supporting advanced security cooperation efforts in Colombia focusing on transformation of the Colombian defense sector, he deployed to Colombia on 25 January 2018.

Mr. Saderup holds a BA in Political Science from Idaho State University in Pocatello; a MA in Latin American Studies from the University of New Mexico, Albequerque; a MS in Strategic Studies from the U. S. Army War College, Carlisle Barracks; and a Certificate in Public Policy Strategy from the Brooings Institute, Washington D. C.

Mr. Saderup is married to a former Lieutenant in the Colombian Navy, Leslie Zullima Chaparro Molina of Bogota, Colombia. They have one son, Zechariah Andrew, a student at the College of William and Mary in Williamsburg and own a home in Fairfax Station, Virginia. Mr. Saderup has traveled extensively throughout the Middle East and the Americas.