CCMR hosted a version of its biannual “Executive Program in Defense Decision Making” offering for 21 international military and civilian participants, from November 6-17, 2017. Often described as CCMR’s “flagship” course, this curriculum has been offered at the Naval Postgraduate School (NPS) in Monterey, California for over 20 years.

The two-week offering is composed of lectures, panel sessions, case studies, and exercises with a focus on exploring and responding to current security challenges at a senior level. Module topics include: “civil-military relations in a global context,” “strategic leadership,” “global security trends,” “violence and mental health issues,” “cyber security,” “intelligence transformation and democracy,” “public diplomacy,” and “women in the military,” among others. CCMR primarily draws upon local expertise for course instruction, Dr. Scott Jasper noted, as NPS is home to “a wide range of subject matter experts” in a variety of relevant fields, such as those listed above.

The charge of maintaining the program’s two-decade legacy was passed on to Dr. Cristiana (Cris) Matei and Dr. Scott Jasper in the late 2000s. Dr. Matei and Dr. Jasper are highly experienced program managers with a combined 27 years at CCMR, and both have contributed extensively to current research in their particular fields. Before each iteration of the “Executive Program” curriculum, they work in tandem to reexamine and update the offering, ensuring that the content remains cutting-edge. “The security environment is constantly changing, and we have to adapt to it,” said Dr. Jasper.

The format for the course has come a long way since CCMR began offering it in 1994. Earlier versions were centered around regional security issues, roles/missions of militaries, and partnerships with NATO countries-- and of course did not grapple with today’s hot topics like transnational crime and global terrorism. “The course addressed the current issues at the time,” said Dr. Matei. Additionally, specific blocks were once designated as discussion periods, whereas now Dr. Matei and Dr. Jasper emphasize student participation spread throughout the course material. “I have been impressed with the level and quality of each participant’s contribution,” said Dr. Matei.

As always, the ultimate goal of the “Executive Program in Defense Decision Making” curriculum is to create constructive dialogue between course participants, all of whom are practiced military and civilian leaders in their respective international institutions—this time hailing from 16 different countries. Dr. Jasper noted that this diversity “help[s] facilitate conversation on a [range] of different challenges” and “helps participants better prepare their governments… to deal with the regional issues they face.” A recent participant, Argentina Air Force Col. Christian Haller, agreed: “What makes this course so beneficial for us is it gives us… [the opportunity] to be able to interact with colleagues from other countries.” He continued, “[it is] a great way to share knowledge.”

Hundreds of students representing more than 60 countries from all corners of the globe have taken part in the program since its inception. Among the prestigious group of graduates is a member of the Cameroon legislature, a former Deputy Minister of Defense from Bulgaria, a former Presidential National Security Advisor from Romania, number of Pakistani Generals/Admirals, generals from Lebanon, and several military and civilian elites from Latin America including Argentina, Uruguay, Brazil, and Honduras. Because of the breadth of experience of all course participants, the instructors have agreed that the information exchange during the “Executive Program in Defense Decision Making” curriculum is top notch: “I have learned a lot during these two weeks from the participants,” Dr. Matei said. They “have been instrumental in augmenting my knowledge and understanding of democratic civil-military relations and strategic decision making.”

The course will continue to be offered in the years to come for CCMR, with versions scheduled for May and November 2018. 25 seats have already been reserved. 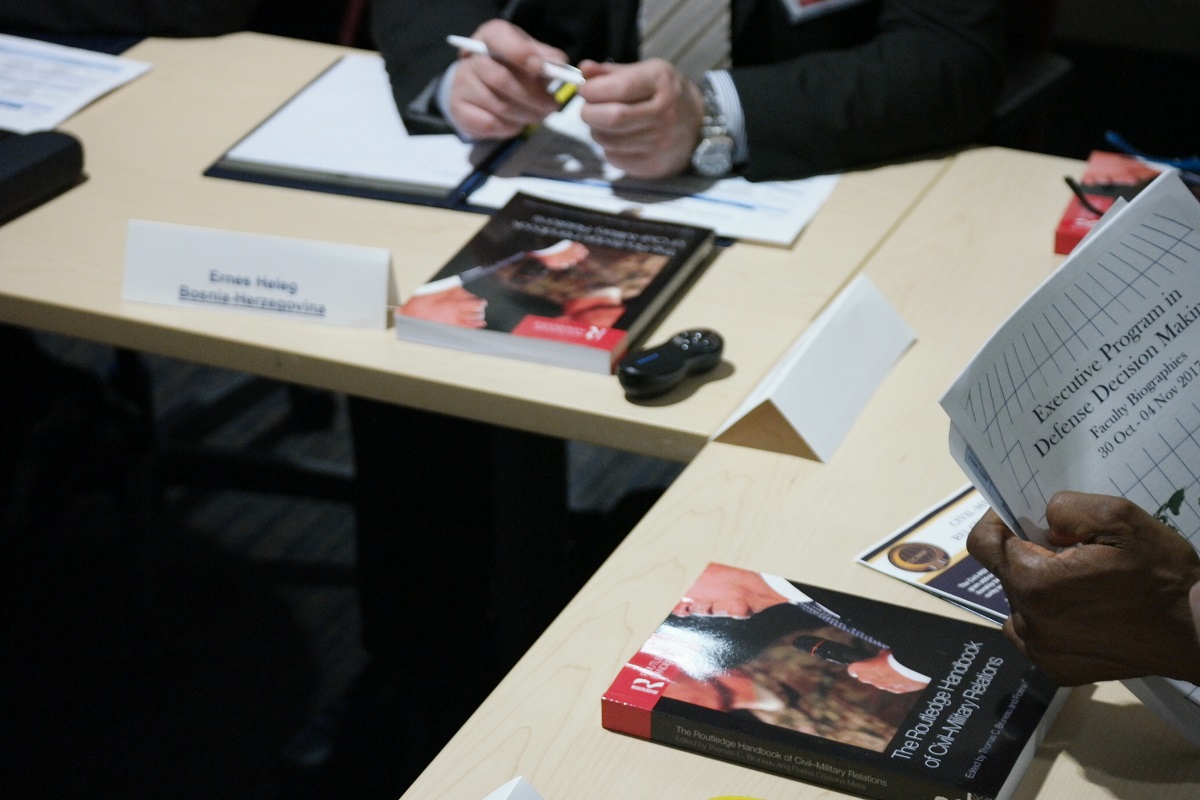 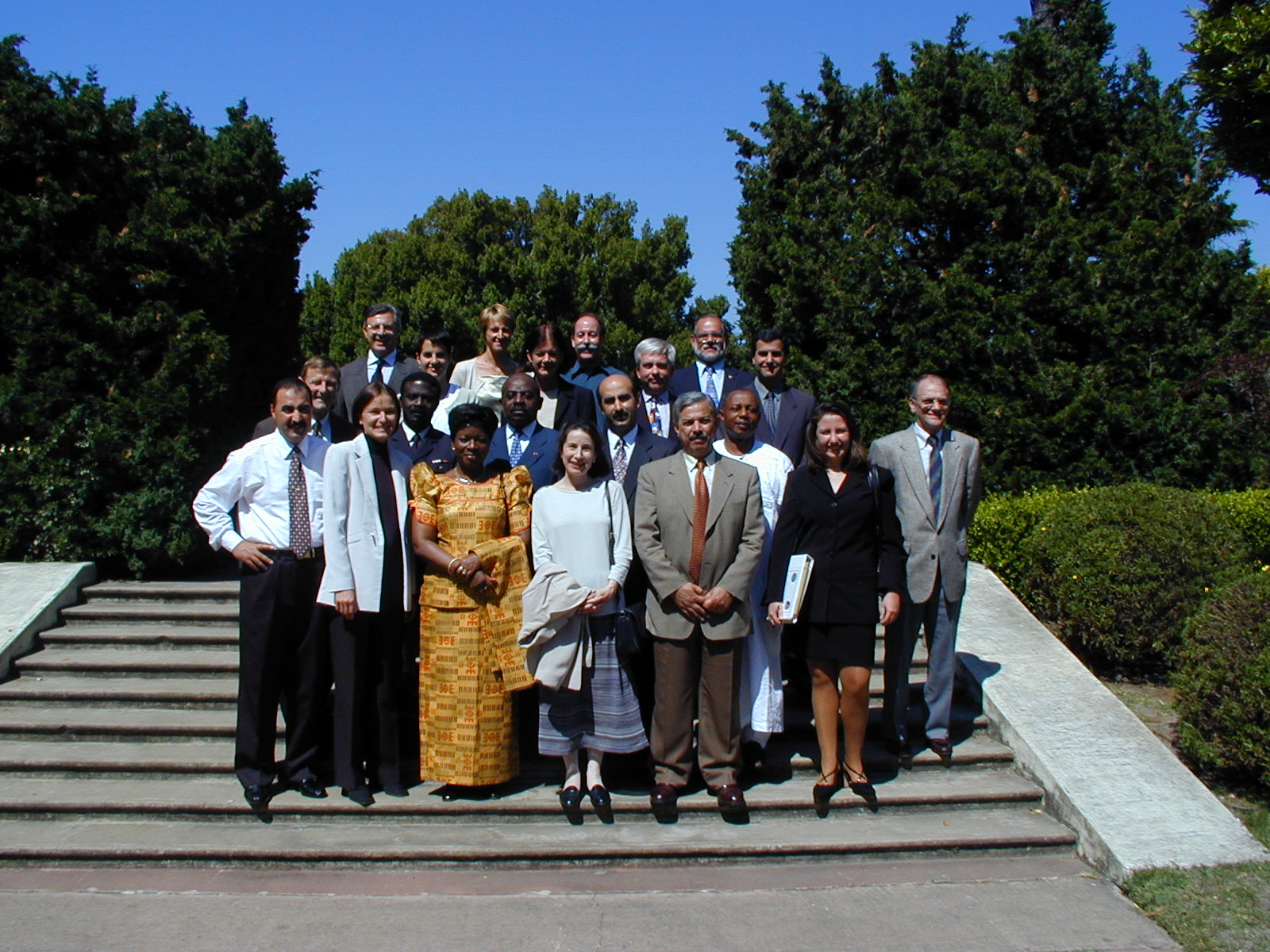 "Executive Program" participants pose for a photo on the Naval Postgraduate School grounds, 2000 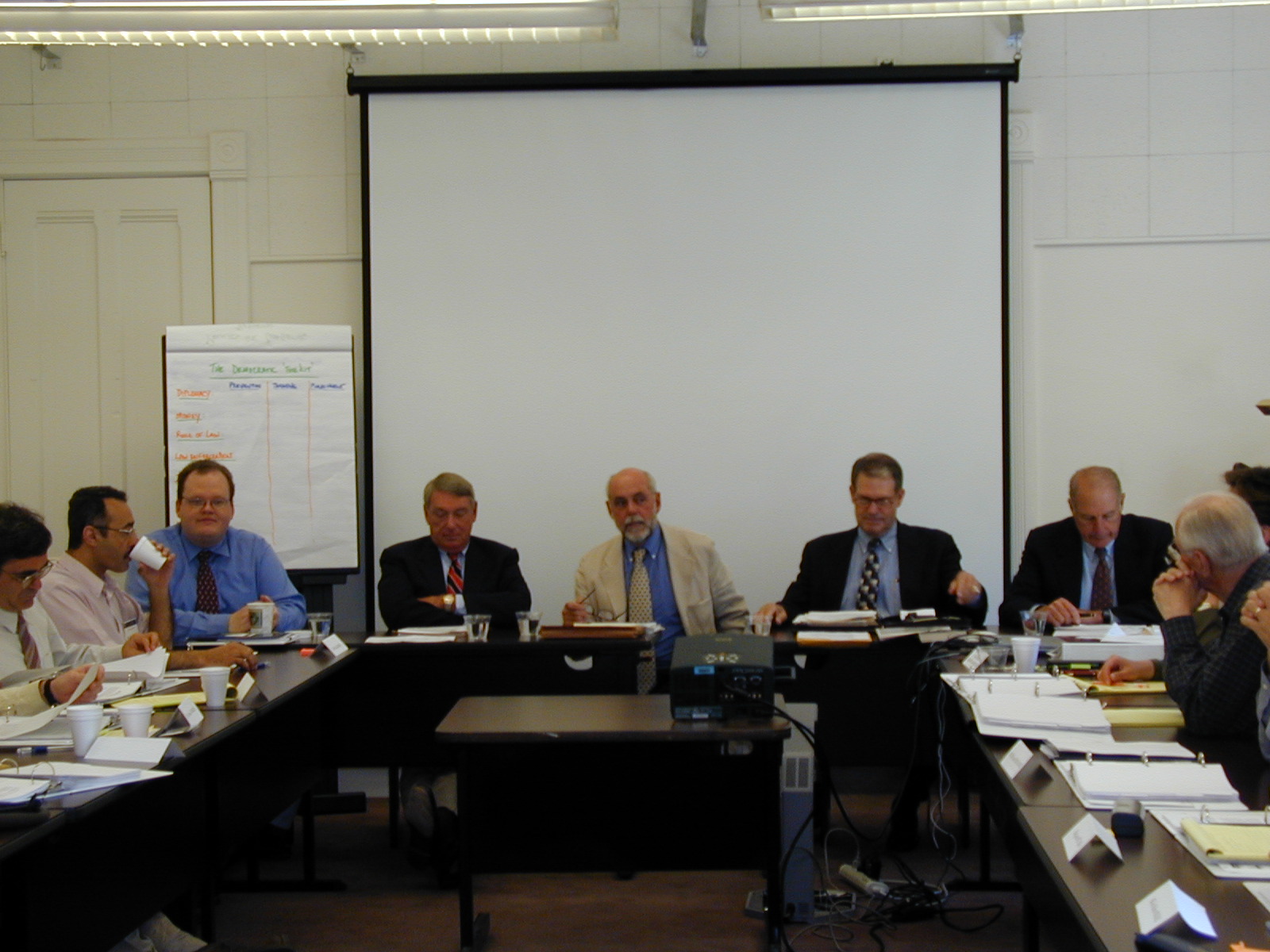 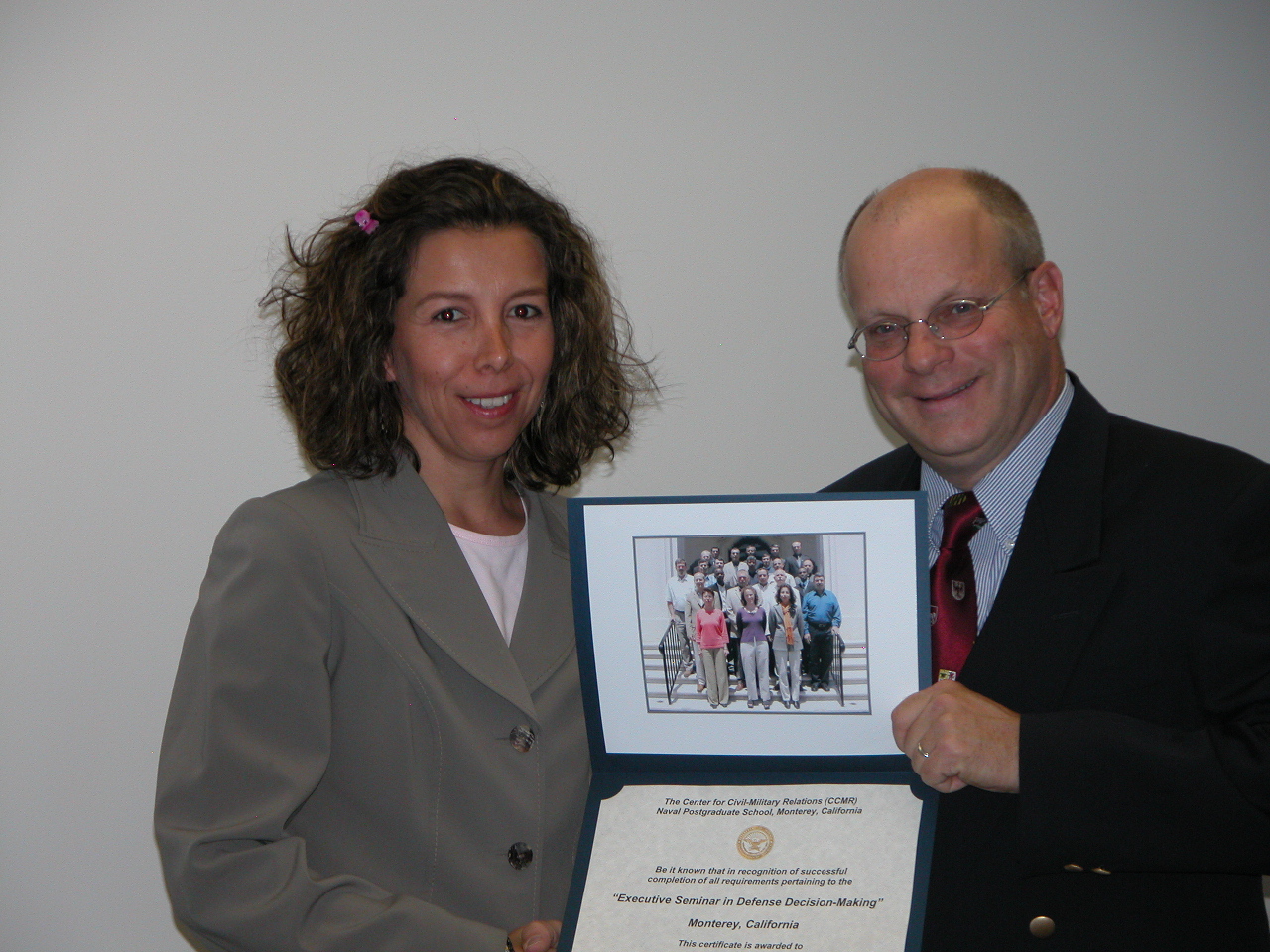 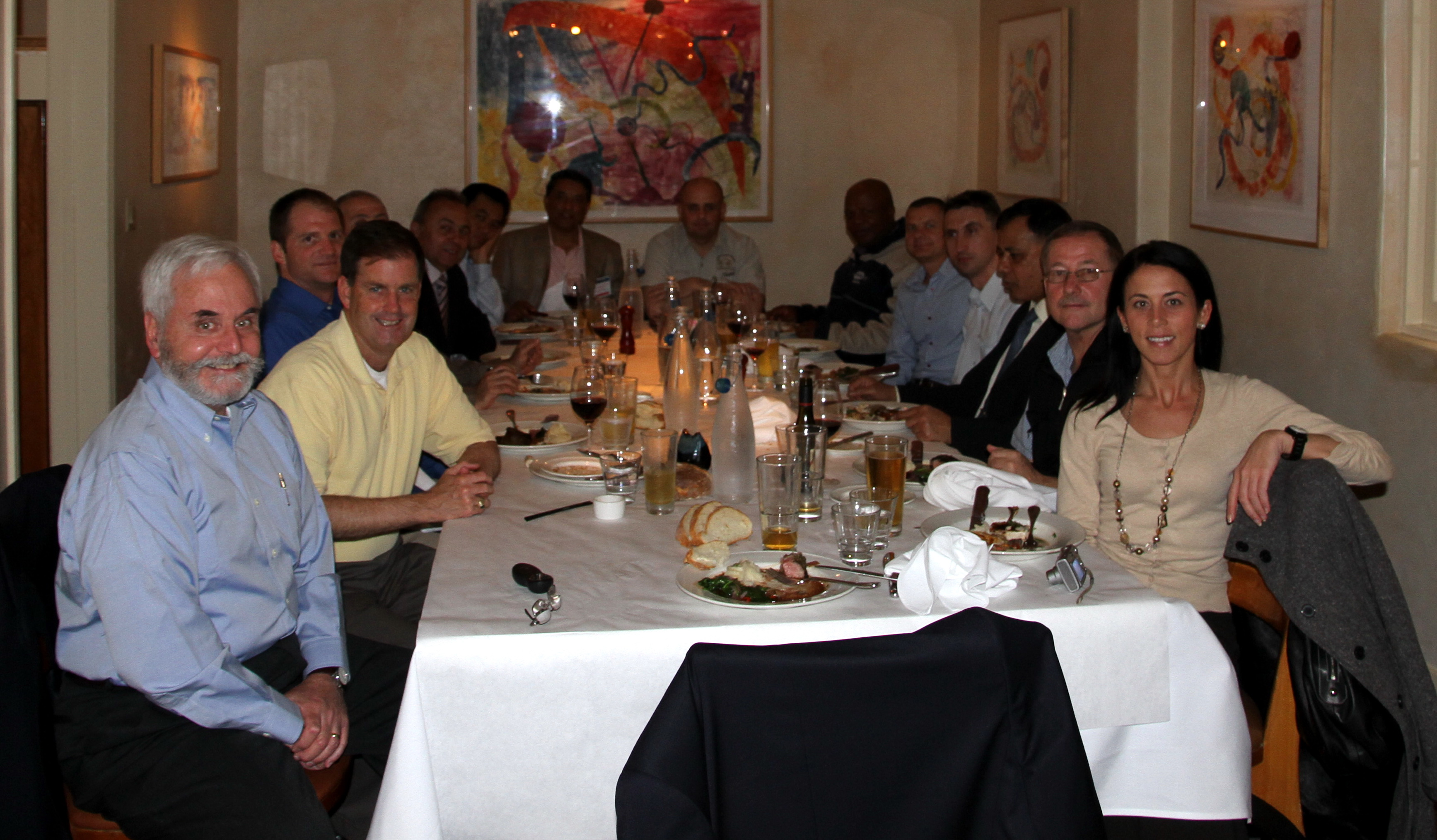 Participants and instructors meet for a meal, 2011 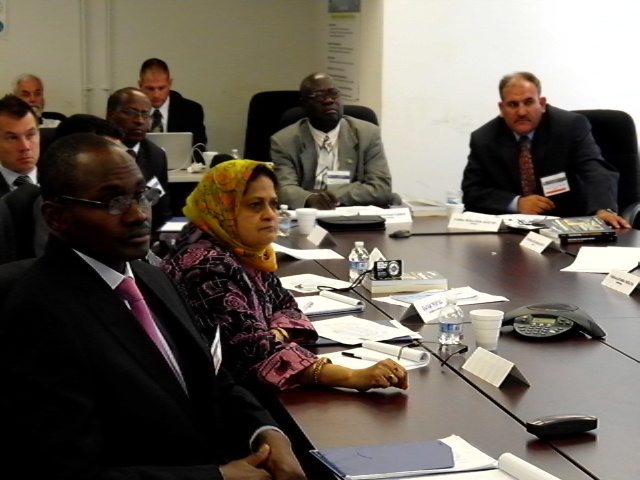 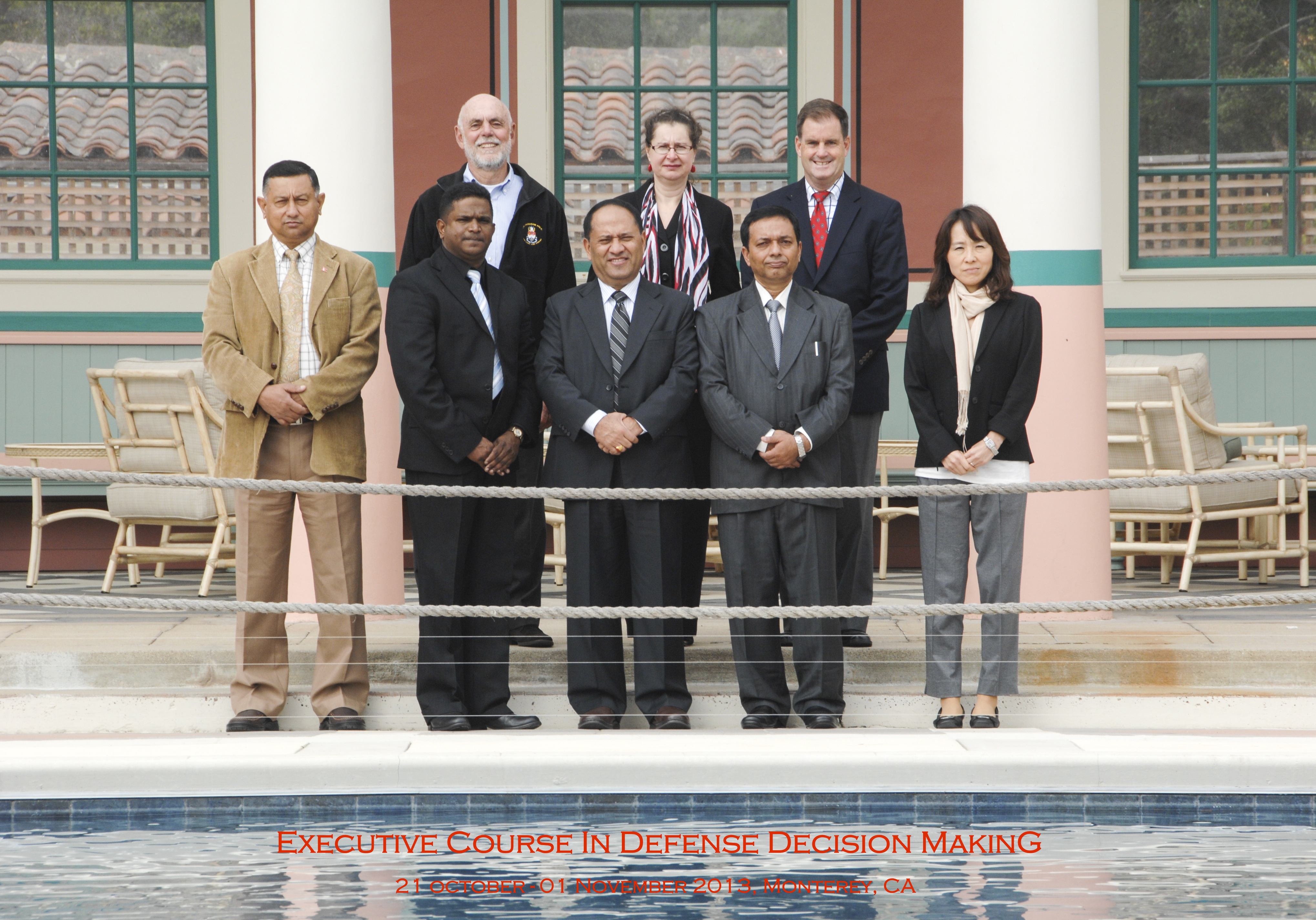 Class photo near the reflecting pool at the Naval Postgraduate School, 2013 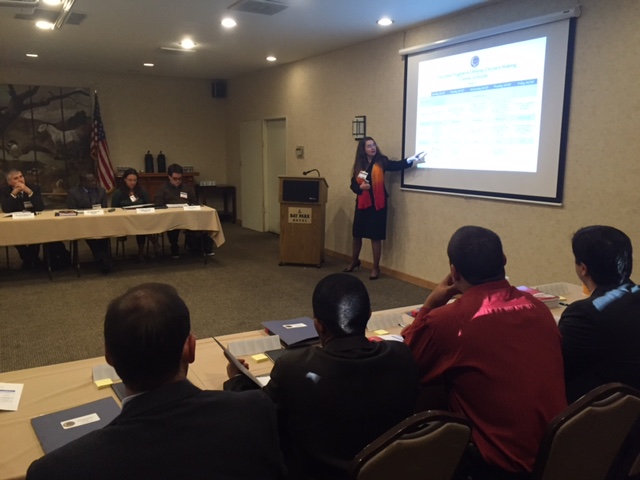 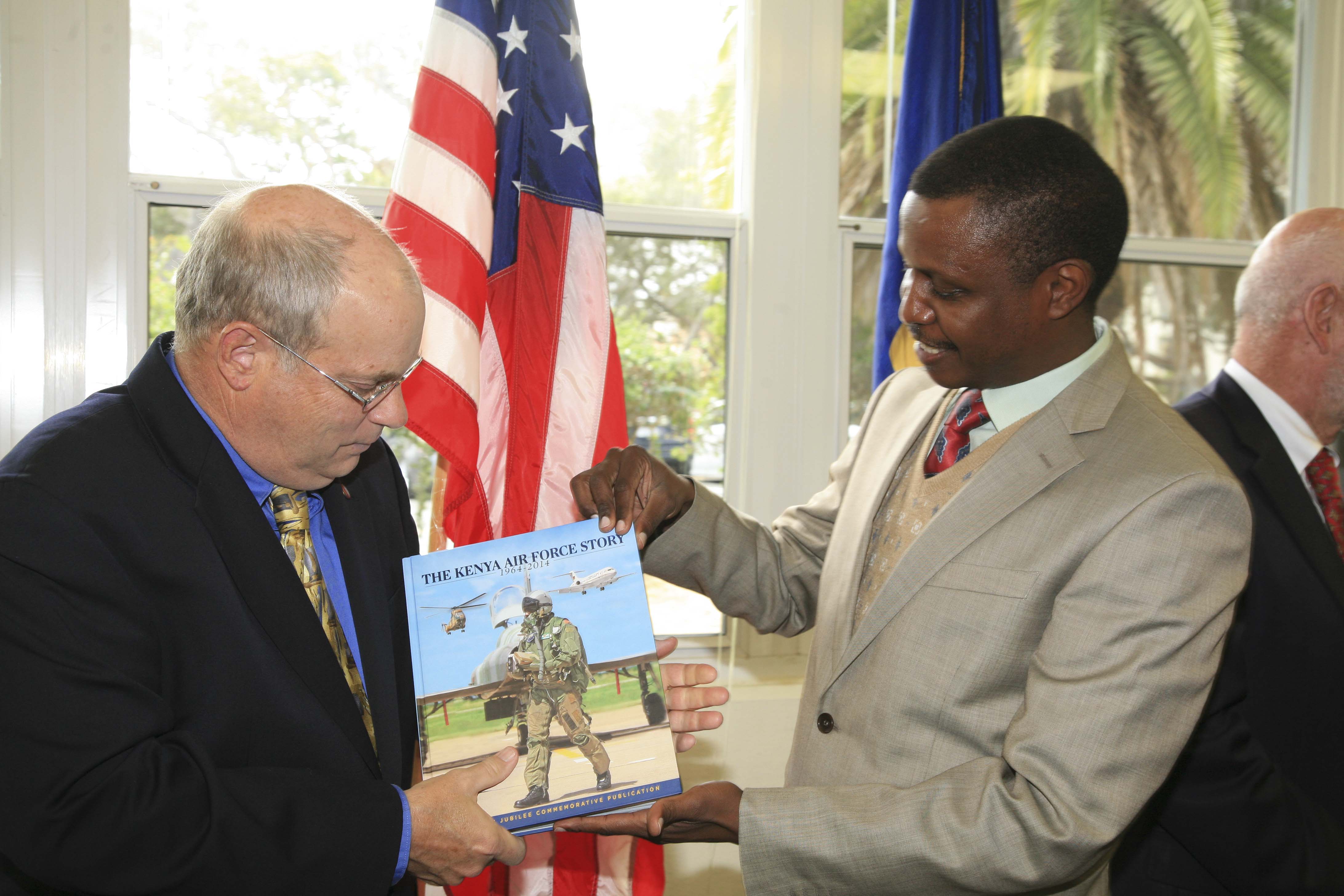 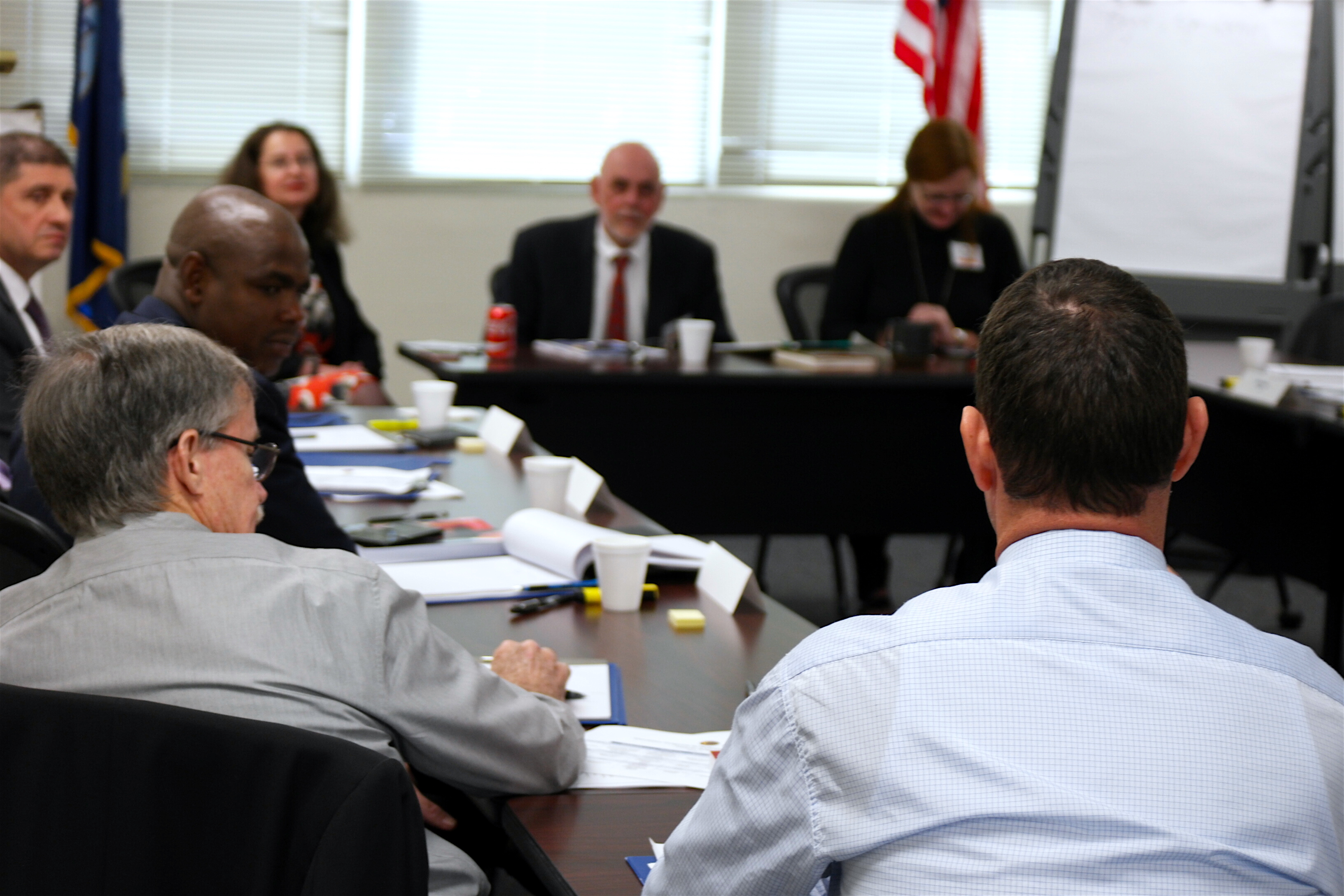 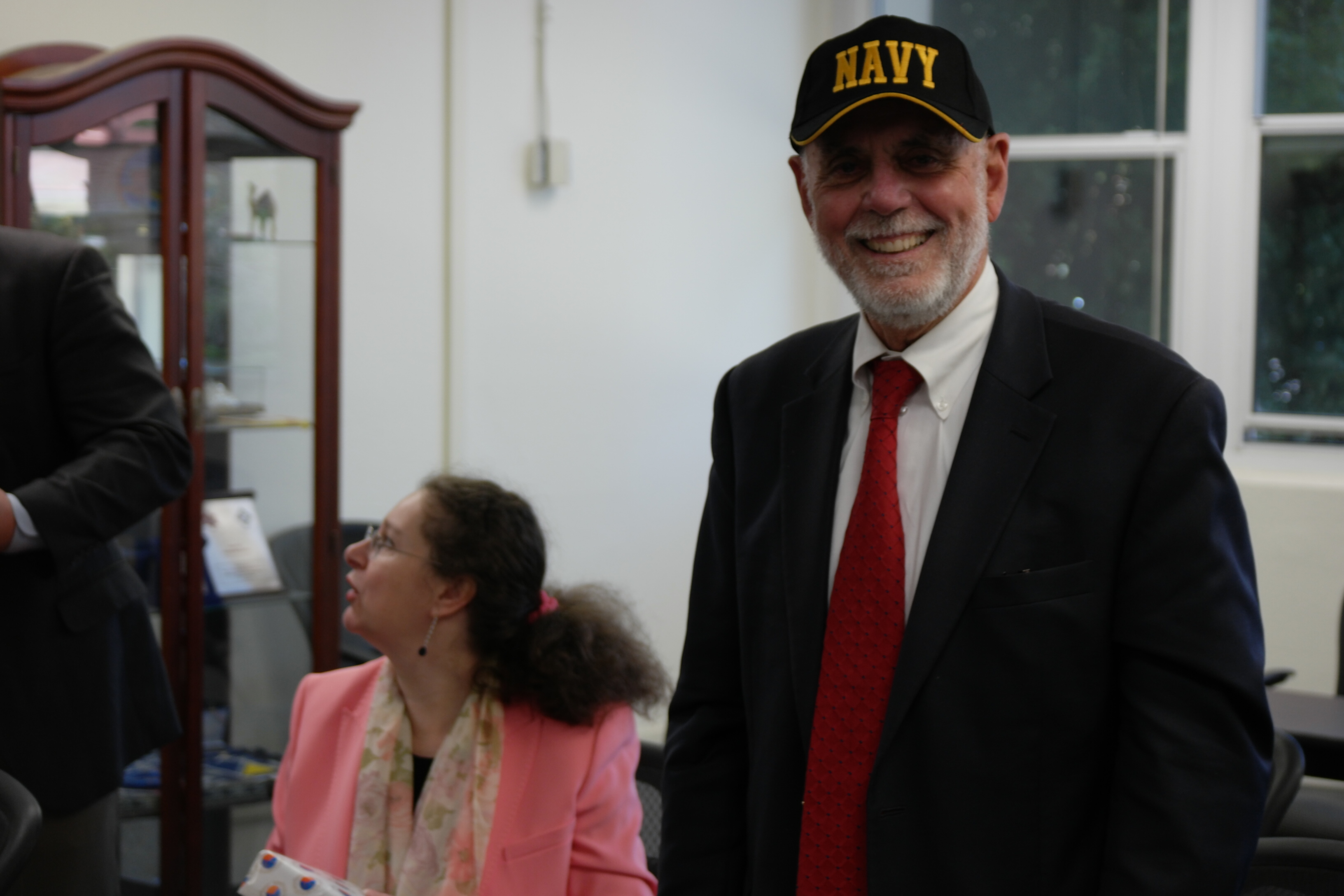 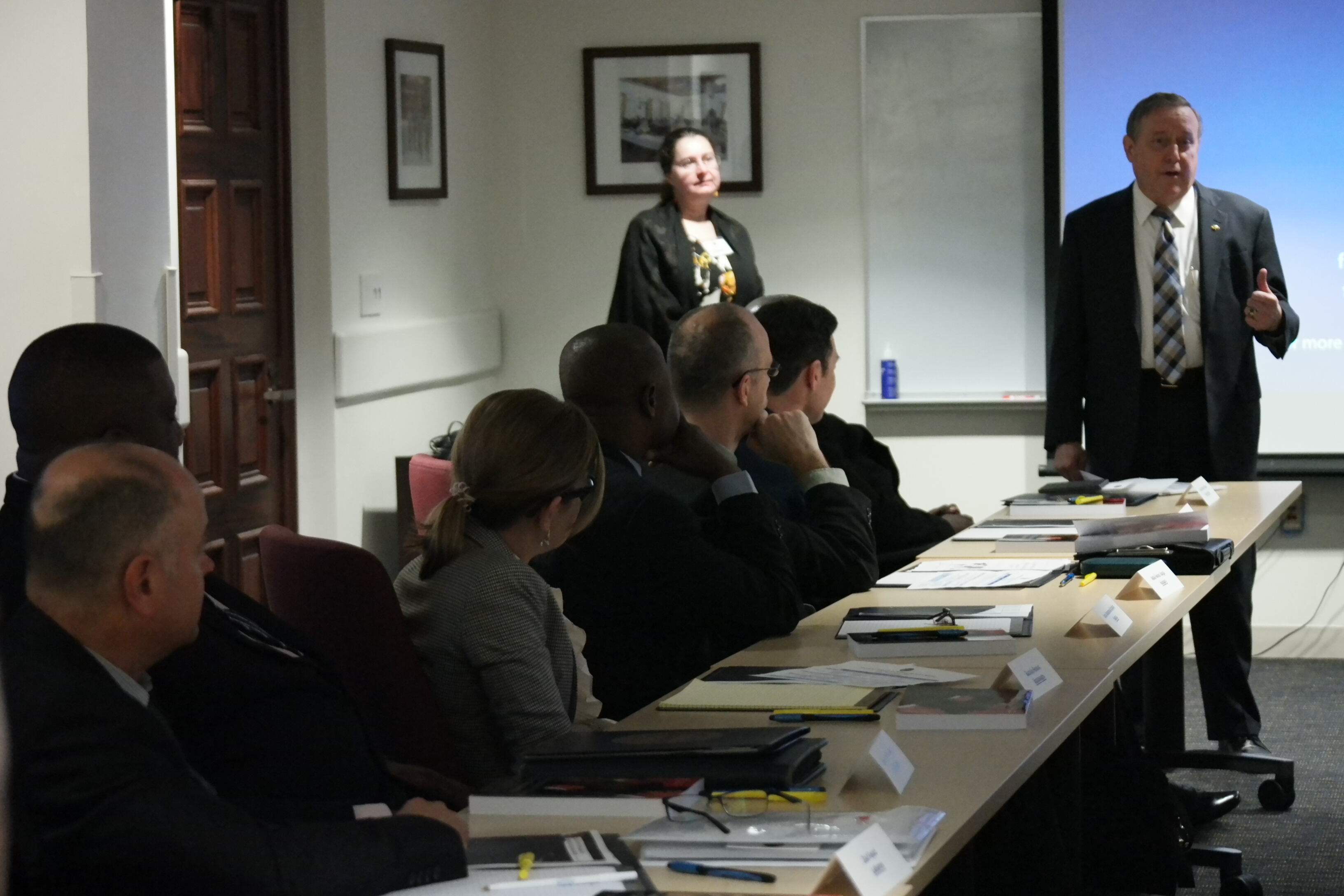