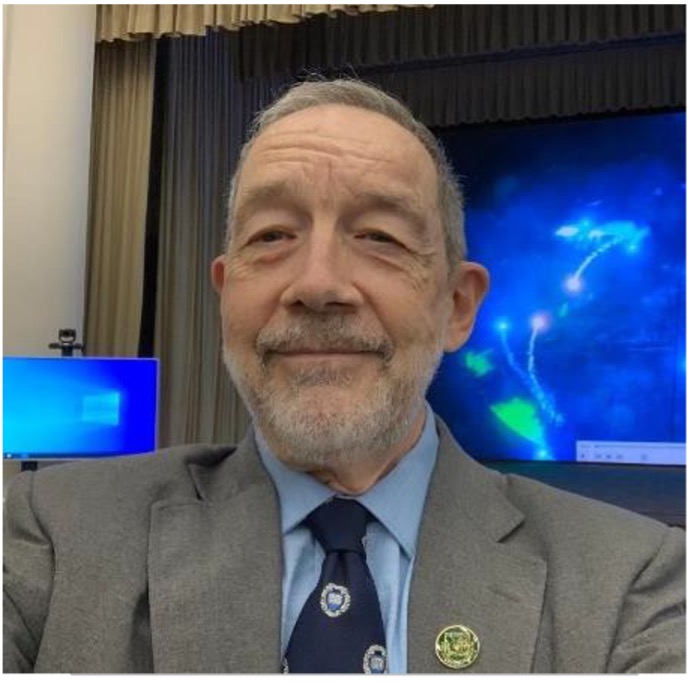 Robert Baumann officially joined the DSCA in March 2020 as a Ministry of Defense Advisor assigned to Uzbekistan, where he serves as an Education Advisor and embedded professor at the Armed Forces Academy in Tashkent, the capital city. In this capacity he engages the AFA on matters such as instructional methodology, academic freedom, curriculum enhancement, research and writing, graduate-level degree criteria, and faculty professional development. In 2021, he also addressed conferences on Military Art, Professional Military Education, and World War Two in Tashkent.

Baumann entered federal service in 1984 as a member of the teaching faculty at the U.S. Army Command and General Staff College (CGSC) at Ft. Leavenworth, Kansas. For 19 years, he primarily taught and wrote about military history with a particular focus on Russia and the former Soviet Union, as well as peacekeeping operations in Haiti, Bosnia and Somalia. From 2003 to 2020, Baumann served as the Director of Graduate Degree Programs at CGSC and personally supervised the Master of Military Art and Science Degree Program, which required candidates to complete a master’s thesis. During the 2016-17 academic year, Baumann took a leave of absence from CGSC to serve as a Ministry of Defense Advisor to Uzbekistan under the auspices of the DSCA.

Prior to beginning federal service, Baumann taught at Yale University and Kansas State University. While a doctoral student at Yale, Baumann received grants from Fulbright-Hayes and the International Research and Exchanges Board to conduct archival research at Moscow State University in 1979-80. Baumann subsequently completed numerous research trips to Russia and taught military history as a Visiting Professor for one term at the Bashkir State University in Ufa, Russia in 1992. While at the Command and General Staff College, Baumann authored Russian-Soviet Unconventional Wars in the Caucasus, Central Asia and Afghanistan, and co-authored three other books on peacekeeping operations in Haiti, Bosnia and Somalia: Invasion, Intervention, “Intervasion”: A Concise History of U.S. Army History in Operation Uphold Democracy, Armed Peacekeepers in Bosnia, and “My Clan Against the World” US and Coalition Forces in Somalia 1992-1994. In addition, Baumann has published numerous articles in academic and professional journals including Slavic Review, War and Society, Low-Intensity Conflict and Law Enforcement, the Journal of Sports History, and Military Review as well as chapters in a variety of academic books. Baumann also collaborated in the production of two documentary films on peacekeeping: Armed Peacekeepers in Bosnia: The Paradoxical Mission and Rhythm of the Streets (Haiti). The former was produced with the assistance of a grant from the United States Institute of Peace. Over the course of his career, Baumann has delivered lectures, briefings and conference presentations in the United States, Afghanistan, Canada, Russia, the United Kingdom, Kyrgyzstan, Turkmenistan, and Uzbekistan. In 2001, Baumann delivered background lectures to the 10th Mountain Division officers at Ft. Drum as part of their preparation for deployment to Afghanistan and in 2002 traveled to Bagram to deliver presentations on the Soviet experience in Afghanistan to US and Coalition staff officers. Baumann served for 15 years on the Editorial Board of Military Review and from 2010 through 2016 represented the Command and General Staff College as a member of the Peer Review Corps of the Higher Learning Commission in Chicago, which is the agency responsible for the academic accreditation of over 1,000 colleges and universities across the central region of the United States. In that role, he worked with and led teams that reviewed applications for new degree programs, and also participated in and led full accreditation visits to member institutions of the HLC as part of their federally required 10-year reviews. From 2003- 2016, Baumann taught as an adjunct faculty member in the Global and International Studies Program at the University of Kansas.

In 2020, Baumann received an Honorary Diploma from the Sergeants Major Academy of the United States Army for his assistance in gaining academic accreditation to confer a bachelor’s degree. In 2002, Baumann received the rank of Full Professor at the Command and General Staff College. In 1995, Baumann was named the US Army Training and Doctrine Command Civilian Instructor of the Year.

Baumann holds a B.A. in Russian from Dartmouth College, and an M.A. in Russian and East European Studies and Ph.D. in History from Yale University. Baumann is fluent in Russian and has a working knowledge of Uzbek and several other languages.