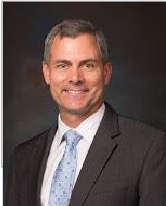 Mr. Fancher has nearly 20 years of experience performing force structure analyses on US forces while serving as a member of the Joint Staff, J8, both on active duty with the US Army and as a government civilian following retirement from the military in 2007. His knowledge of the Planning, Programming, Budgeting and Execution (PPBE) process, Joint Capabilities Integration and Development System (JCIDS) and Joint Force Assessments process have prepared him well for this assignment.