“What has been going on in Europe since 2014 is not only an unprecedented surge in the number of illegal migrants and asylum seekers,” says retired Italian Rear Adm. Alberto Cervone. “Migrants have died in their attempt to cross the Mediterranean, in numbers never seen before, and the European Union has been held responsible for their fate.

“[They] don't have other options to migrate, due to the lack of legal alternatives conceded by European Union [EU] countries and even people in need of international protection, in most of the cases, can only seek it after an illegal trip to Europe,” Cervone added.

Between January and April of 2015, some 1,600 fatalities were reported in the Mediterranean. People are really desperate. They’re willing to take the risk,” added retired Navy Capt. and Lecturer Timothy Doorey with the Naval Postgraduate School’s (NPS) Center for Civil Military Relations (CCMR).

According to Frontières Extérieures (Frontex), a European Union (EU) agency that facilitates cooperation between national border guards throughout the EU, illegal passage by sea through the Mediterranean saw a 300 percent increase in 2015 compared to 2014. In a particularly telling example of what Mediterranean nations are facing, cash-strapped Greece saw a 600 percent increase in illegal migration along its maritime borders between 2012 and 2015.

The Hellenic Coast Guard has responsibility for rescues that take place in Greek waters, but the U.S. has supported the Greek government through cooperative training opportunities like the recent workshop. U.S. Army Maj. Jonathan Adams, assigned to the Office of Defense Cooperation in Athens, is part of that effort.

“The migration crisis across the Mediterranean into Europe is dire and a coordinated response between Europe, Africa, and the Levant is required to stem the flow of migrants,” said Adams. “From our perspective, a secure Mediterranean is one in which illegal immigration and illicit activities are decreased, thereby reducing transit routes for returning foreign fighters and terrorists.”

The well-documented journey by which migrants from conflict zones in the Middle East and North Africa cross into Europe by sea is fraught with danger. Migrants, willing to pay exorbitant fees to shady traffickers for passage aboard less than sea worthy vessels, are abandoned off the coast of Greece, Italy and Malta. There, they are left to the mercy of local coast guards with the hope that they will be given refugee status by their rescuers.

The CCMR-coordinated workshop addressed this problem in conjunction with the Marshall Center and the Hellenic Coast Guard with funding from the Counter Terrorism Fellowship program. U.S. European Command (EUCOM), particularly its J9 Interagency Partnering Directorate, was an important workshop participant. The EUCOM J9 office leads EUCOM’s efforts to integrate agencies, academics, NGOs, and private sector partners with a "Whole of Society” approach to illegal migration and other issues.

“This conference was another important step in our efforts to build interagency consensus among allies and partners for a collaborative approach to addressing maritime transnational security threats in the Mediterranean,” said J9 Liaison to NIllegal-MigrationATO and the EU, ret. U.S. Army Lt. Col. Chris Kremidas.

“I feel that we as an international community, and more specifically, as a global maritime community of interest, have the ability and the resources to tackle this problem set if we work together,” said Kalogiannis. “What is needed is a decision to collaborate for the greater good and a deliberate effort to put politics aside, to an extent, for the benefit of security in the Mediterranean.”

Fellow workshop participant Dr. Peter Chalk, a senior political scientist with the RAND Corporation, is looking at the future effects of European policy toward illegal migration.

“For the most part, these arrivals are viewed as unwelcome and as a potential threat to national identity and stability. The typical response has been to erect increasingly stringent immigration barriers that have targeted regular migrants, irregular migrants and refugees,” he said.

According to Chalk, the absence of a unified effort to address the root causes of illegal human migration will lead to migrants seeking solutions of their own, with the potential to further exacerbate the crisis.

“These policies have had a number of unintended consequences. They stimulate more illegal entries and prompt behaviors that are ever more risk-prone, which in turn, translates into higher numbers of fatalities and fosters the growth of sophisticated criminal organizations,” explained Chalk.

Chalk also noted that though the current humanitarian crisis was born largely of conflict in Iraq, Syria, and North Africa, it is also driven by economic factors like access to low-paying jobs in destination countries.

Workshop attendees addressed these issues after breaking into three working groups where they were given the opportunity to develop potential solutions and methodologies.

“We are trying to enhance the limited resources available to address this problem,” said Doorey. “A lot of it is messaging, what we say to the smugglers, the migrants risking their lives, and the nations from which these people are migrating. We are also looking at law enforcement and helping them to receive the tools and strategies necessary to address this problem and to increase their ability to measure the effectiveness of their actions.”

“Virtually all of the threats in the Mediterranean are of a law enforcement nature. Thought must be given to the reorientation of defense budgets and operational assets so that mRescuesilitary assets are able to support, and amplify police responses,” added chalk.

Other issues presented at the workshop included the need for information and intelligence sharing and the role of the commercial shipping industry whose ships are being increasingly called upon to rescue stranded migrants. Shipping industry and insurance company representatives expressed concerns about the psychological stress, crew fatigue and potential exposure to infectious illnesses that rescue operations may cause.

Participants also recognized that illegal human migration is exacerbated by not only regional and political instability, but also by the consequences that human smugglers face in their home countries.

“We found that the penalty for smuggling is very minimal in the nations from which smugglers are transporting. Smugglers often receive nothing more than a fine and short jail time, when if it occurs, rarely exceeds a couple of days,” said Doorey.

Mediterranean and European nations also contribute to the problem through internal legislative and regulatory challenges of their own.

According to Chalk, in 2014 a total of 1,086 suspected facilitators were apprehended in Europe and 173,543 people were rescued in 1,570 search and rescue operations. But, despite these successes, a weak EU legal framework among member states resulted in mere “bureaucratic penalties” in most cases. Cervone advocates a dramatic overhaul of the system.

“To reduce illegal migration it is therefore necessary to reduce the demand for such behavior, increasing legal entries to offer alternatives to illegality and enforcing labor rules, to contain the powerful attraction of illegal migrants exerted by the informal economy with the aim of exploitation.

“The opening of new legal corridors for economic migrants and refugees, recruited in their regions, should be accompanied by restrictions to illegal behavior and abuse of asylum systems. Migrants should not be left free to move, as they like within single EU countries or between them as they do now,” said Cervone.

The Joint Special Operations University will host the next in this series of workshops in Crete later this year. 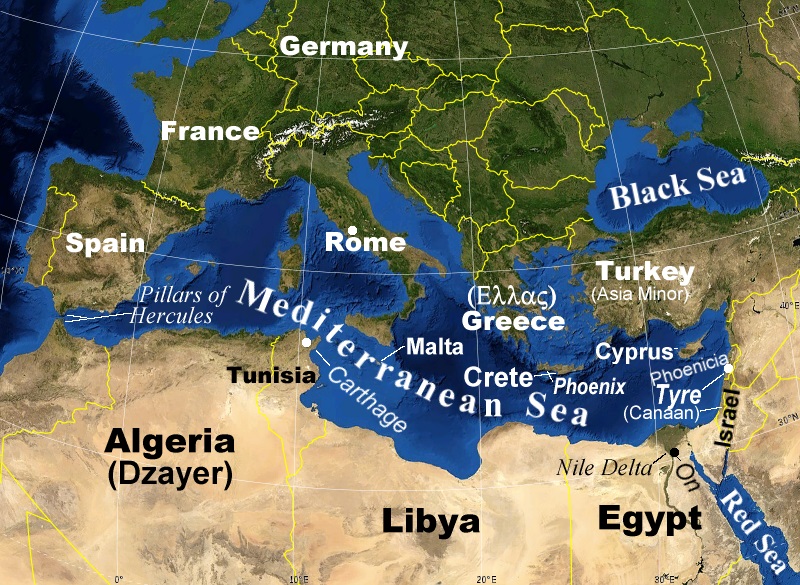 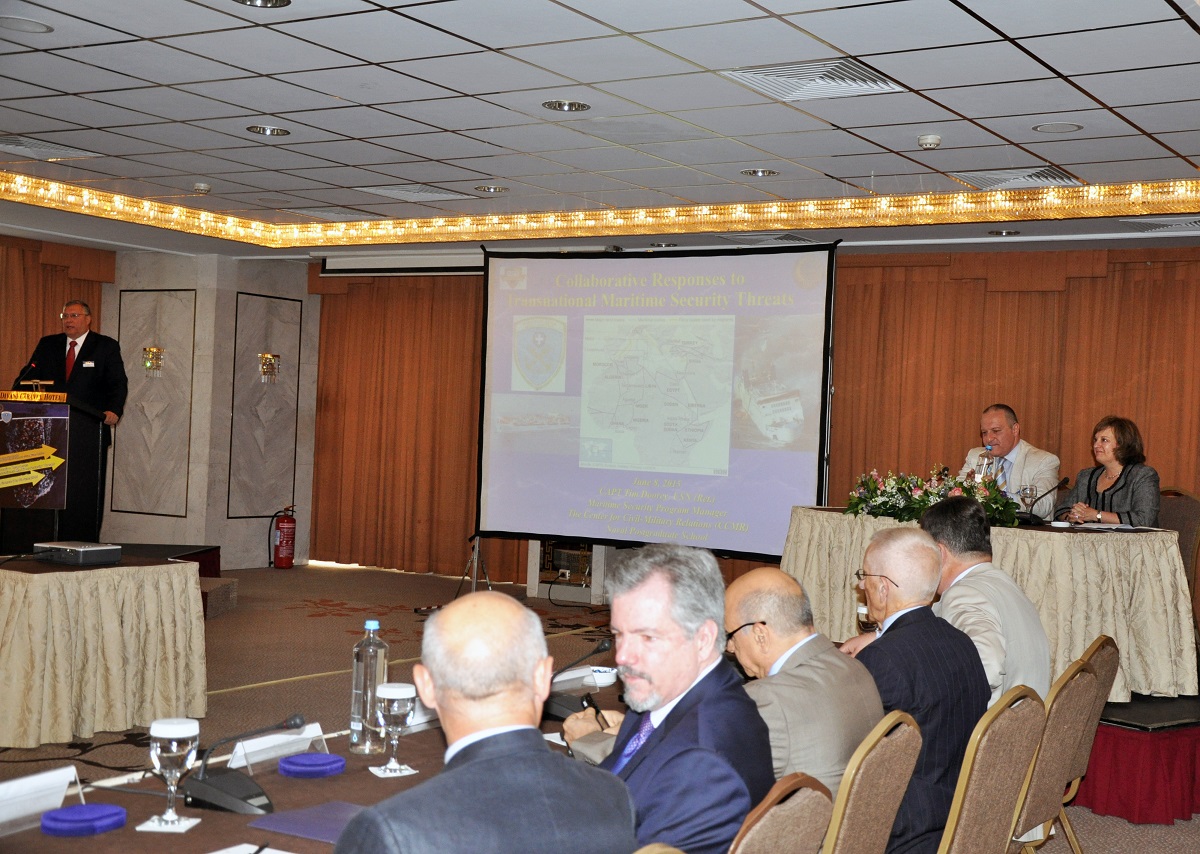 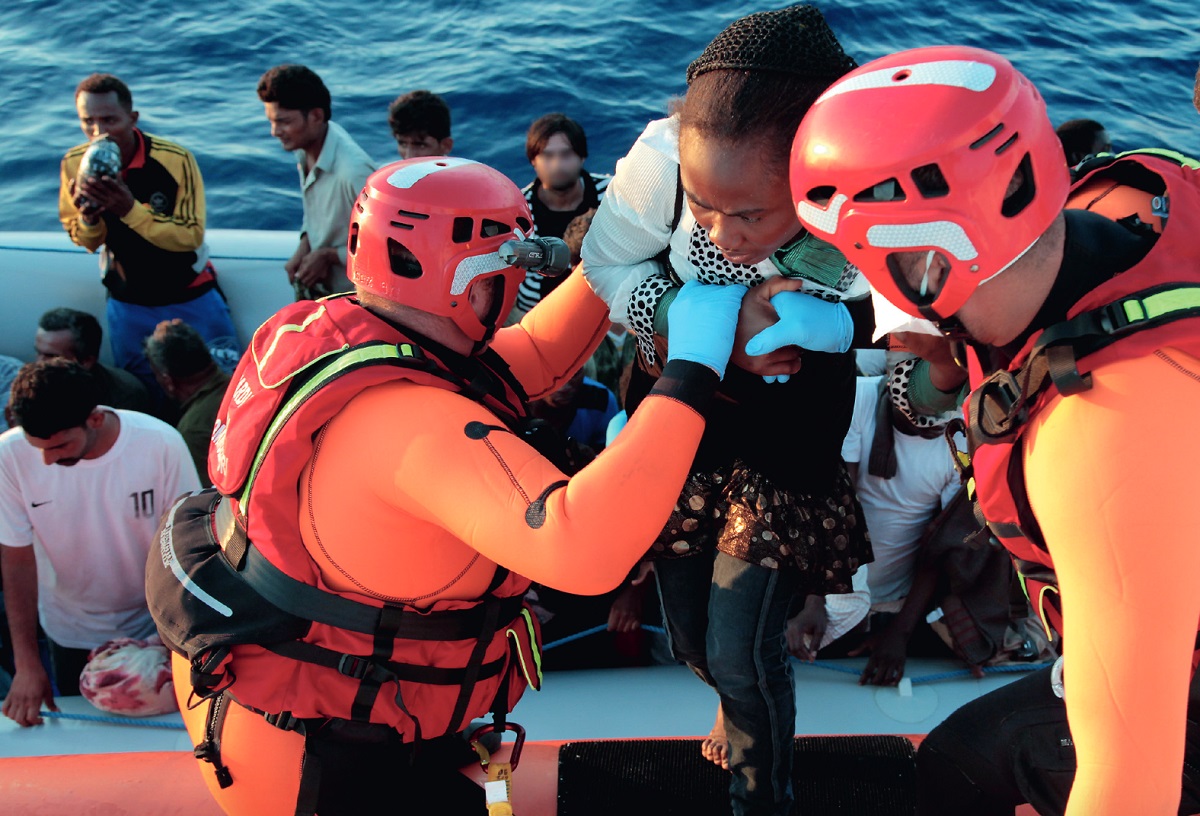 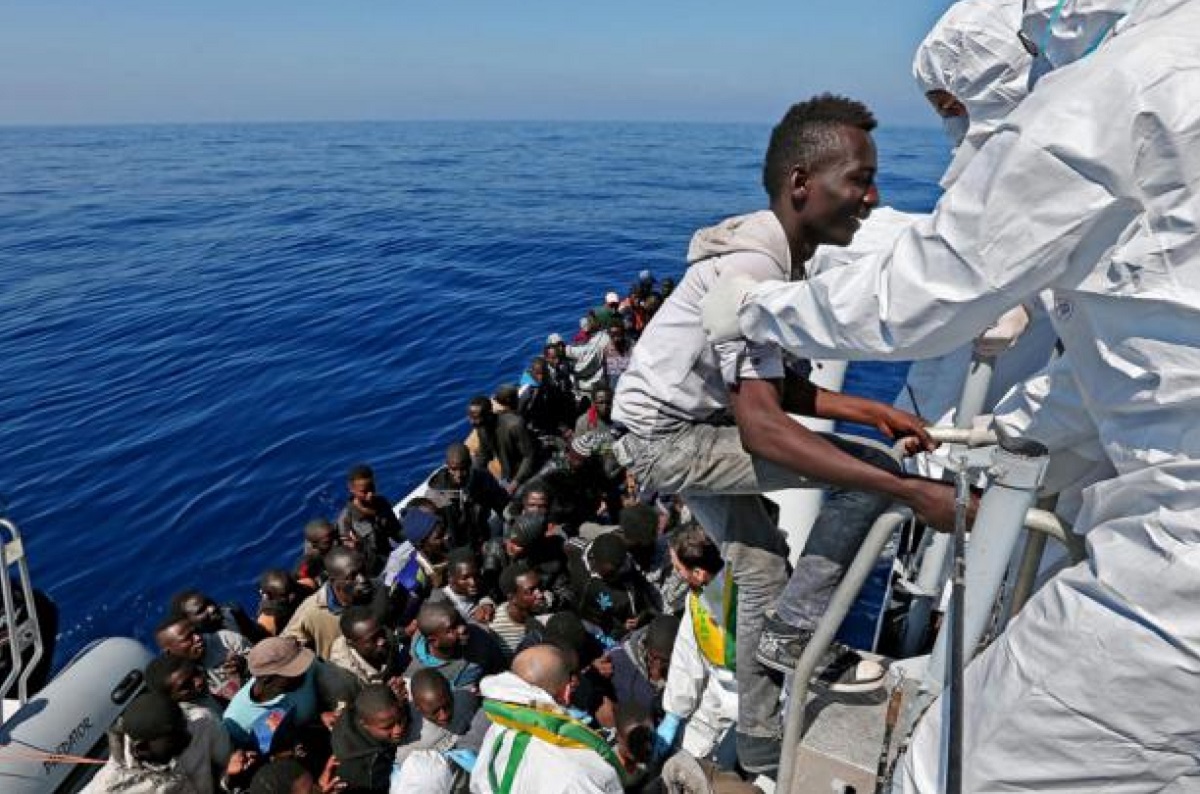 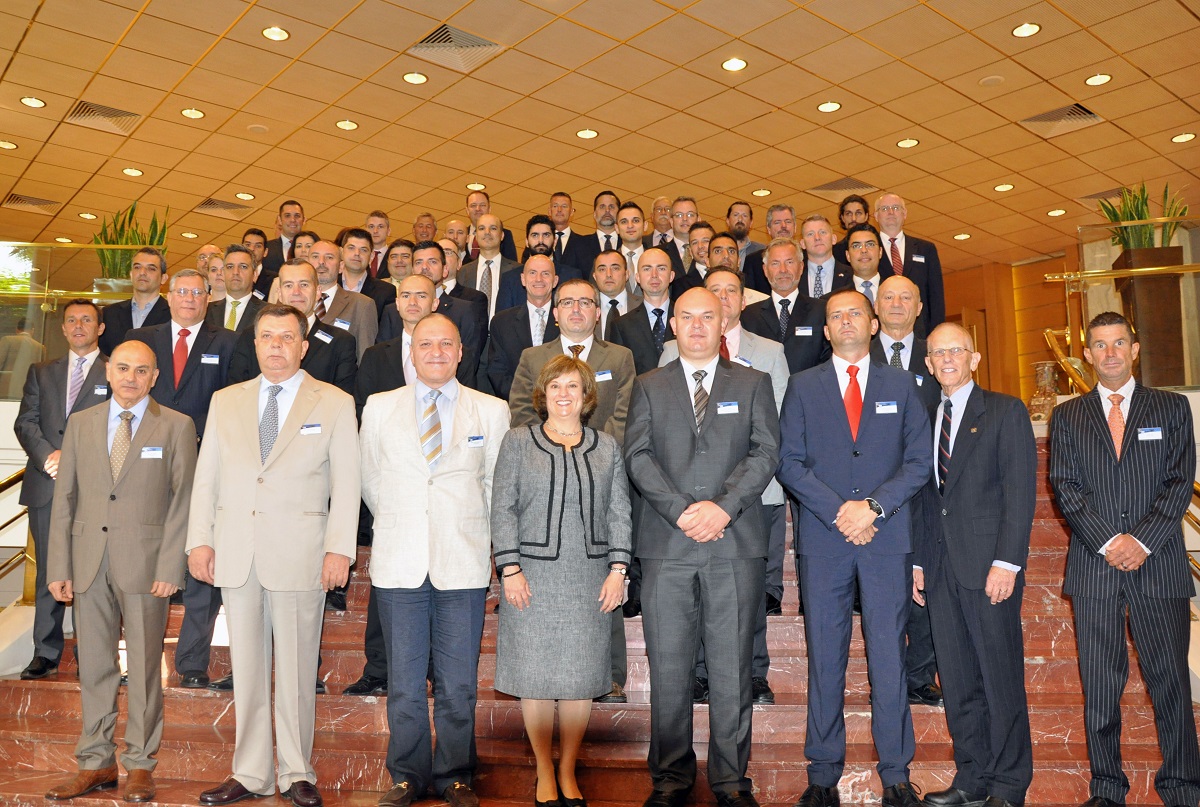