We are honored to announce that Mr. Steven D. Peterson assumed the duties of Director of the Center for Civil-Military Relations effective April 1, 2018 through April 2, 2021.

Prior to CCMR, Steven supported the Office of the Secretary of Defense (OSD) for Policy in Eurasia (RUE) and Partnership Strategy and Stability Operations (PSO) offices. As Warsaw Initiative Fund (WIF) Project Coordinator and Senior Analyst he provided day-to-day oversight of the WIF program, coordinated with and responded to OSD regional desks, US Combatant Command, and NATO, and helped drive OSD efforts to develop global DIB programs. Steven has also been a part of security sector reform and defense analysis teams, managed cooperative threat reduction programs, and led program guidance, budgetary, and legal authority reviews. Prior to supporting OSD Policy, Steven worked in electoral politics as a professional Congressional campaign manager and staffer.

Steven holds a bachelor's degree in Political Science from Bethel University in St. Paul, Minnesota, and Master of Science in Defense and Strategic Studies from Missouri State University in Springfield, Missouri.

Together with SIGS Dean James Wirtz and the CCMR/NPS community, former Director Rich Hoffman recommended the appointment of Steven prior to his passing. While Rich's loss will be felt deeply in the days ahead, the legacy of his leadership and service will continue on in the work of CCMR under Steven's leadership. Please join us in both remembering the great work done by Rich and in congratulating Steven on this significant appointment. 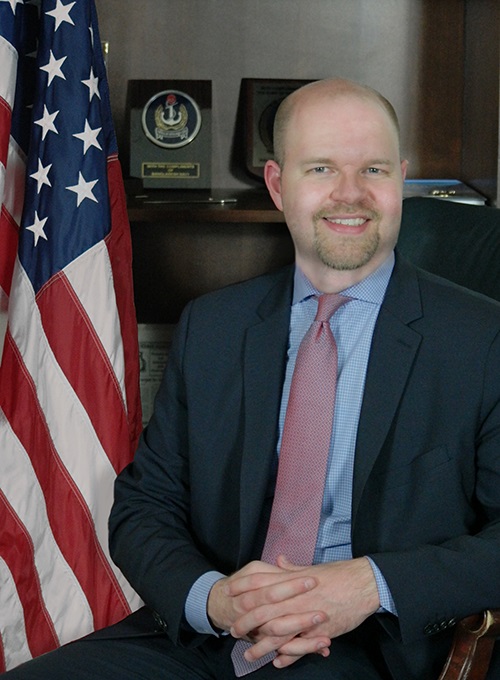