the school of sc studies

the institute for security governance 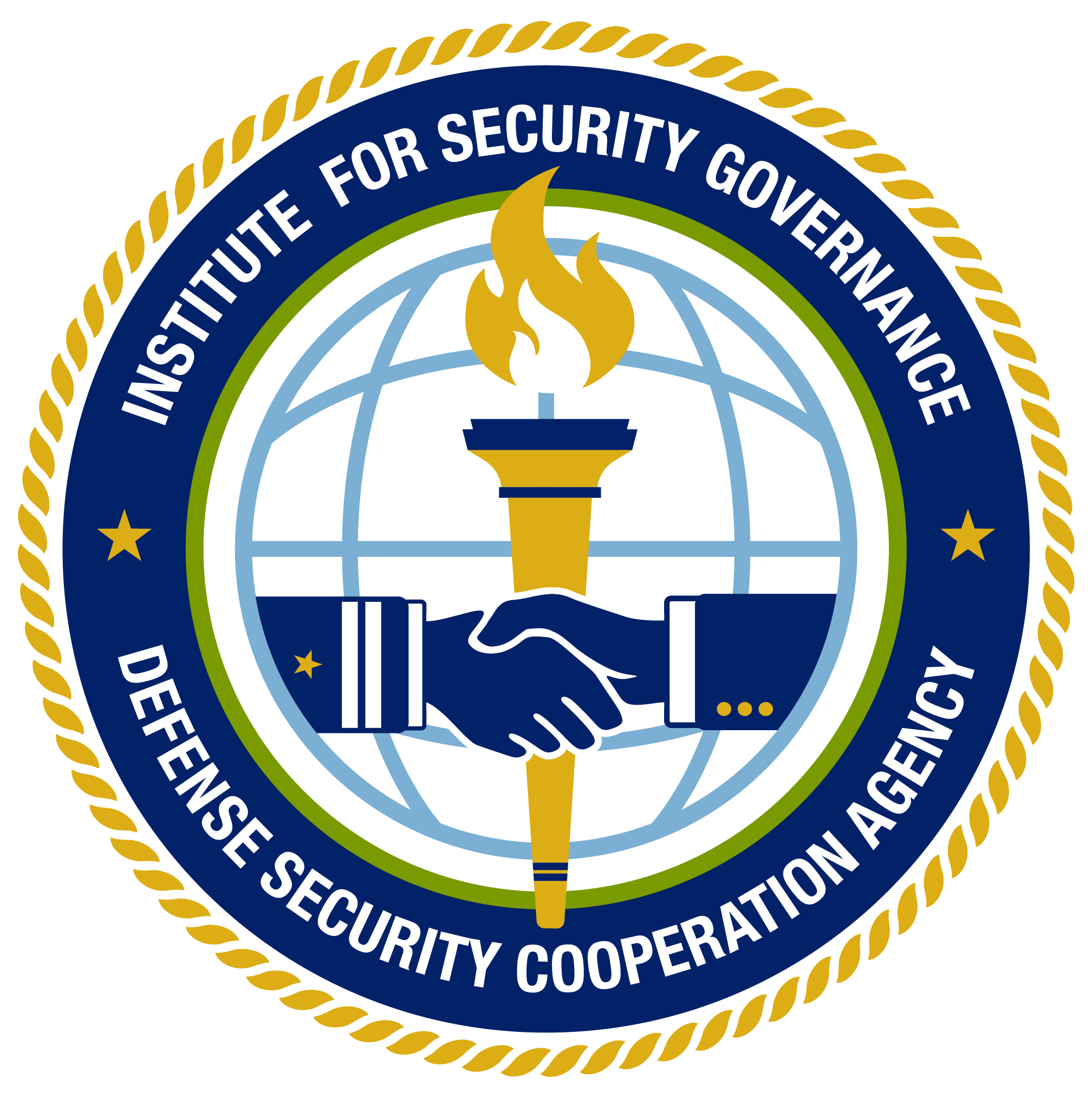 Registration is completed using a system called Cornerstone on Demand (CSOD) hosted by the Defense Acquisition University (DAU). You will sign in to this system on the next screen.

If you currently occupy a Security Cooperation Workforce position and do not see any courses listed after signing in to CSOD, please press the button at the top of your screen to open Frequently asked questions, and read the solutions under the "CSOD Sign In Issues" category.

Press the button below if you are ready to proceed. If you have trouble signing in, press the the next screen's "Need help signing in?" link To Get help.

If you receive an "Untrusted Site" or "Untrusted SSL Server Certificate" error when trying to access the Certification Center, please follow the instructions in the link below to update your Internet browser's certificates, and then try again.

How to Update Browser Certificates for the Certification Center

The Institute for Security Governance (ISG) conducted the state partnership program workshop for the Wisconsin National Guard (WING) and their partner, the Papua New Guinea Defense Forces (PNGDF), at the National Guard Headquarters, Madison, Wisconsin from 25-27 May 2021. The workshop aimed to enhance WING’s understanding of the historical and socio-political context of their partner, provide guidance on US and international partner priorities for the country, and establish a framework for working with the Papua New Guinea (PNG), setting the stage for a review and discussion of potential areas of cooperation between state and country.

The workshop was executed as a hybrid event, with some participants attending the event in person and others attending virtually. WING and ISG facilitated and brought together a diverse group of subject matter experts from academia, the Marine Corps University, the Australian Defense Force, Border Patrol and the Nevada National Guard (partnered with Fiji) to dialogue with the participants.

Maj Gen Knapp provided opening remarks on the US-only session on 25 May 2021. Dr. Eric Y. Shibuya, Professor of Strategic Studies Command and Staff College Marine Corps University, provided the overall context to Indo-Pacific Command’s structure, related problem sets, and considerations for cooperation and engagement with PNG. Dr. Robert Foster, one of the few anthropologists working on Papua New Guinea, highlighted the diversity of the country, the cultural context to working with the PNGDF counterparts and the social and security challenges that the country faces. Mr. Michael Kibuni, presenting from PNG, provided an overview of how the Papua New Guinea’s economy was structured, and reviewed the changing political landscape in Papua New Guinea. The Nevada National Guard shared their gap analysis process and the lessons learned from their state partnership with Fiji, highlighting the importance of the regional approach. Ms. Blaire Harms, INDOPACOM Regional Lead and Country Integrator at ISG reviewed the Significant Security Cooperation Initiatives (SSCIs) & Institution Capacity Building (ICB) priorities. Colonel James (Billy) Kid, Defence Advisor, Australian High Commission joined virtually to provide very useful guidance on the working with the PNGDF.

Maj Gen Knapp welcomed the Papua New Guinea Defense Forces (PNGDF), who joined virtually for the sessions on the 26th and 27th May, and Major General Gilbert Toropo, Commander, PNGDF, followed with his opening remarks. WING and PNGDF alternated briefing their capabilities and challenges, followed by panel discussions on domestic operations, defense professionalization, COVID-19 response, Engineering and Medical support throughout the course of the workshop. The US Embassy, Port Moresby, and NGB-IA provided reviews of their priorities. The workshop included a briefing by El Paso Sector Border Patrol Executive Officers Lorenzo Sandoval and Maria Guzman-Rojas on the procedures, associated technology used, and challenges of patrolling the US border, per the PNGDF request, as they grappled with their own challenges on the border.

The workshop set the stage for WING to leverage interagency relationships as they begin to think through their significant security cooperation initiatives and potential areas of cooperation. ISG has been conducting orientations for newly established state partnerships each year since 2004, under the direction of the National Guard Bureau, and look forward to years of partnership as both Papua New Guinea and WING learn from each other. 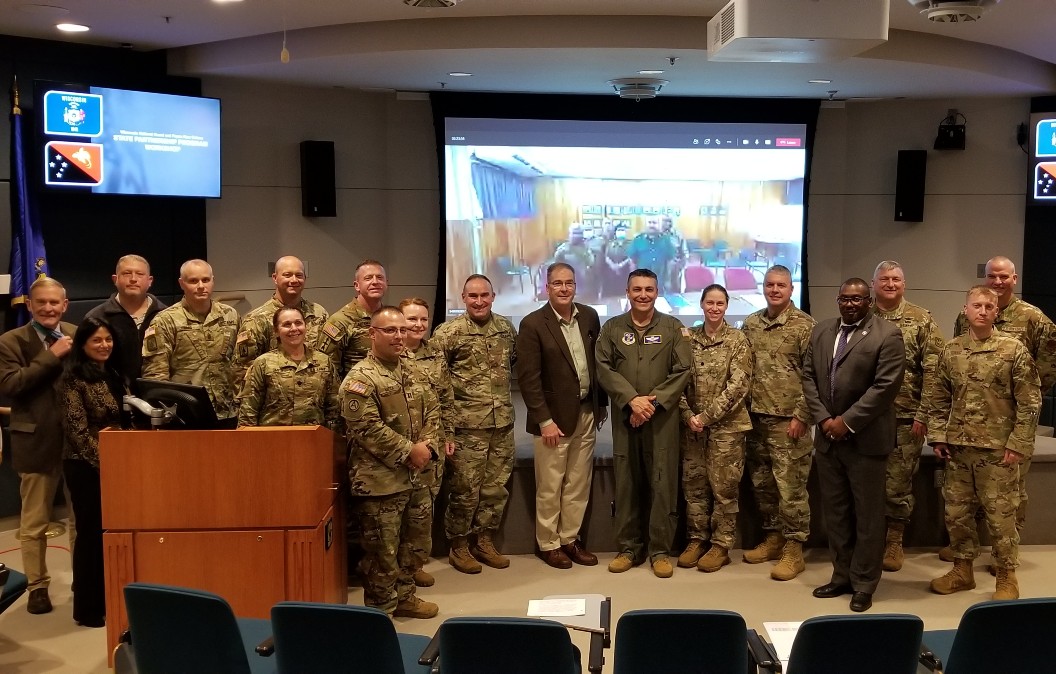 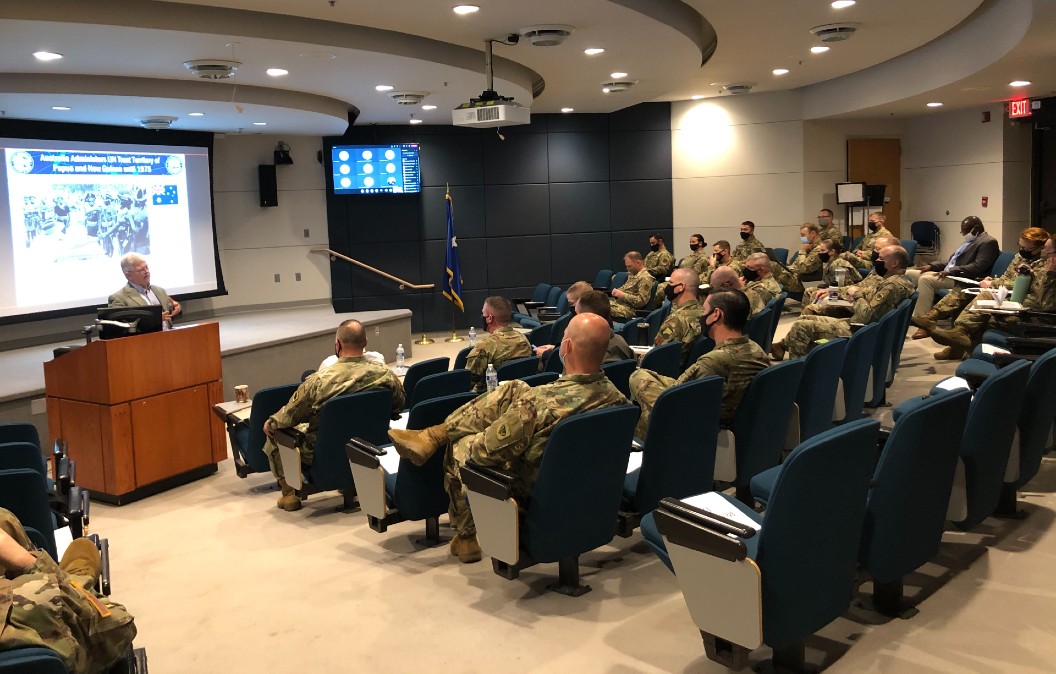