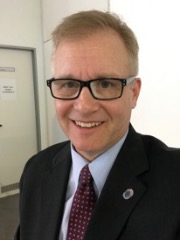 Mr. Kirtley began his assignment with the Defense Security Cooperation Agency in May 2021. Mr. Kirtley’s duties as the first MoDA-I in Colombia include: supporting the development and training of military and civilian strategic intelligence professionals; assisting in improving the interoperability of Colombian intelligence across the Defense Ministry; and collaborating on the development of an advisory group for for strategic defense intelligence matters.

Prior to entering the MoDA program, Mr. Kirtley served as a Program Manager and Interagency Operations Coordinator with the U.S. Africa Command J59, providing program development and operations support to U.S. and partner nation law enforcement elements in Africa.

Mr. Kirtley retired in 2009 from the U.S. Army as a Chief Warrant Officer, All Source Intelligence Technician, having served 25 years in the U.S., Germany, Panama, Korea, Honduras, and El Salvador. Mr. Kirtley served in Colombia with a Colombian Counterguerrilla Mobile Brigade from 2003 to 2005 as part of Plan Colombia.

Mr. Kirtley possesses a Master’s degree in Latin American Studies from the University of Arizona, a Bachelor of Arts degree in Political Science and History from Colorado State University-Pueblo, and has completed post graduate study in Organizational Leadership and Management.